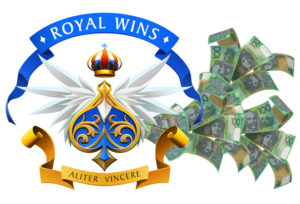 As of right now, online casino gambling is not really illegal in Australia. Although offshore operators are technically banned from accepting Aussies, there’s no enforceable penalties to stop them. While that could change in the very near future, new Australia mobile casinos are still being launched.

Earlier this month, it was announced that Royal Wins, a Sydney-based operator of social casino games, is preparing to launch a totally revamped gaming platform. The press release proclaimed that the new games will be skill-based in nature, and will give players the chance to win real money.

The integration of skill-based casino games could be an attempt to circumvent the impending changes to Australia’s interactive gambling laws. The announcement also stated that traditional casino games would still be available via the operator’s ‘Kash Karnival‘ social gaming platform, but not for real money.

Royal Wins is said to be putting the ‘final touches’ on its New Australia mobile casino, titled ‘Krystal Kashout‘, and expects to launch the product for Android before the month is out. Because it’s a real money gambling app, the company is unable to provide an iOS version for iPhones and iPads, “due to strict App Store legislations”.

The social gaming firm says its product will target millennials, in particular. After conducting years of research into today’s younger generation of adults, they believe their hesitance to play traditional games of chance revolves around their upbringing, having grown up playing skill-based PC and console video games.

The company is banking on the presence of skill being the number one draw for millennials. By adding the ability to win real money, they believe their innovative skill-based casino games will revolutionize the internet gambling industry as we know it.

“With Krystals Kashout we take our product to the next level so players can win real money on their mobile devices. It’s a double bonus. They don’t need to head all the way to the casino, it’s in their hands, and their skill plays a part in their results and not just dumb luck,” he explained.

For their fans who are already familiar with the free Kash Karnival app, the company did warn that the new Australia mobile casino – the real money version – will have tighter payout ratios than the social platform. It will also incorporate much stricter security measures.

“We want to create a safe and fair environment, so we’ve had to make sure to put the right systems in place,” explained Michael Moretti, Digital Marketer at Royal Wins. “There will be 100-point ID checks prior to the first cash out, which we use to confirm the age and identity of the players. Once confirmed, winnings will be deposited straight into their nominated bank account.”

But the question remains – when Australia inevitably votes to pass the Interactive Gambling Amendment Bill, will the company’s efforts be for naught?

If passed, that legislation will require all real money iGaming operators to obtain a licence in Australia to accept Aussies. Online casino games are illegal, thus obtaining a licence would prevent licenced operators from operating mobile casinos.

Royal Wins would have to somehow prove that it’s skill-based games are above the law. The only other alternative would be to accept players from other countries where it’s legal, but not Australians.