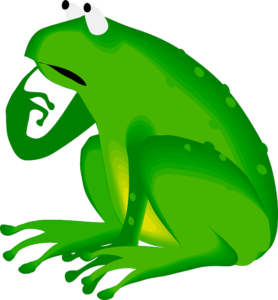 Years back, pokies were the easiest, most stress free games at the casino. Heck, that’s why so many people love them! Now days, it can take pages and pages of information to explain the multitude of online pokies bonus rounds and features, and it rarely explains them very well.

We’ll discuss many of the common features found in today’s live, online and mobile pokies to help players understand the rules, and pick the best games.

Ways to Win: This phrase was coined by Microgaming years back when they decided that, instead of providing specific paylines, these machines would pay every possible way. So long as any winning combination appears in any position across the reels, from left to right, it delivers a payout – known as 243 Ways to Win.

Wilds: We all pretty much know what wilds are. A wild symbol can take the place of any other standard symbol to help make a winning combination. However, wilds will rarely substitute for scatter or bonus symbols.

Expanding Wilds: These wilds will expand up/down to fill an entire reel. This can be especially beneficial on the first or second reel, as it can create a lot of winning combinations all at once. Expanding wilds on ways to win pokies are definitely something to look for. This feature is sometimes found in the base game, but is most often reserved for free spins.

Scatters: Scatters are special symbols, named such because they don’t have to appear together on a payline. They can appear anywhere on the reels. Scatters may come with what’s called ‘Scatter Pays‘, meaning they will pay out a specific amount of credits based on how many appear on the reels. They can also trigger bonus games and/or free spins.

Bonus Symbols: In online pokies, bonus symbols work just like scatters. They are present in games that already have a Scatter symbol, but feature a second type of bonus that can be triggered, such as a Pick Me Bonus, or Click Me Bonus.

Pick Me Bonus: This is a second-screen bonus round wherein a multitude of symbols will be displayed on the screen. The player will get to pick either a certain amount of symbols, or continue clicking symbols until they reveal a bad one that ends the game.

Sometimes, Pick Me Bonuses are played before a round of free spins, wherein the player will pick several items to reveal how many free spins they get, what multiplier they’ll be paid at, and maybe what special feature will be present during those spins, such as expanding wilds.

Click Me Bonus: This online pokies bonus generally offers the player 3 symbols to choose from. The player chooses 1 of them, and receives the prize beneath.

Gamble: This is a basic, double-or-nothing round that players may have the option of playing after any winning combination, and usually involves playing cards. Win the gamble and you’ll double the winnings from the previous spin. Lose it, and all the winnings are gone.

The player may have to choose Red or Black, with the winner based on the suit of the face-down card (heart and diamond being red, club and spade black). Alternatively, it could be a High-Low game where one playing card is revealed, and the player must choose if the second, face-down card is higher or lower.