By now, we’ve all heard the swift movement through Australia’s government to enforce stricter regulations on the gambling industry. It includes an amendment to the Interactive Gambling Act of 2001 that will force unauthorized operators of internet casinos and poker rooms out of the market, as well as gambling reform measures to tighten rules on gambling advertisements.

Outwardly, the new government seems to be strongly against the gambling industry, promoting a healthier citizenship. Is that really the case, or are they just upholding the interests of the nation’s major operators – James Packer’s Crown Resorts, Tabcrop, Tatts, Sportsbet, etc. – while eliminating as much of their competition as legislatively possible?

The media has, for the most part, jumped aboard the parliamentary band wagon, cheering the efforts to ban online in-play betting and internet casinos. They proffer an idea that all of Australia is acquiesce to the plan. Upon further investigation, that clearly is not the case.

What Australians Think About Gambling Reform 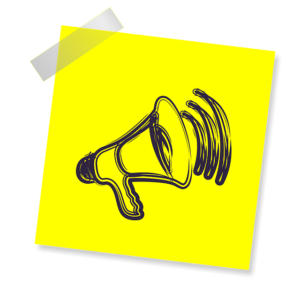 There seems to be a split opinion on the matter. Some do agree with what the government is trying to do. Others wholly disagree. And then there’s the adroit few who believe they’ve uncovered a conspiracy to benefit the heftiest donors to political parties – the nation’s largest gambling operators.

I won’t reveal the names of any of the following commentators, but they are all direct quotes from actual Australians who’ve closely followed the issue.

One stated it was “About time,” the government took such a strong stance against unauthorized internet gambling sites. They suggested the government take further action to “deal with other major issues such as the availability of pokies, the blacking out of pubs where pokies are so people lose a sense of time…this is where the common person is putting/losing most of their money.”

A more conspiratorially minded Aussie pointed an accusing finger at these legislative efforts. “This seems more like it that they look after James Packer and all the other Casino operators,” they said. “Tudge Tudge, wink wink, say no more.”

An expansion on that theory questioned why only live odds – not all gambling advertisements – would be banned during G-rated broadcasts. “If they truly wanted to make Australia a better society, that would be a start. This smacks of doing something that won’t affect their donors.”

Yet another suggested that proper gambling reform would include casino accountability via a “Government Quality Assurance” program. It should provide “up to date visible certification that all software and equipment has not been gaffing,” and “be subject to Standards to which they have to conform.” They went on to formally list a multitude of industries already under such obligations.

As for banning online poker, one raised an interesting point that begs answering. “How can you allow sports betting and not online poker? Surely punters lose far more betting on sports than they do playing cheap online poker tournaments.”

There’s a long standing debate over whether poker should be deemed a game of skill. The same could be said for sports betting. In both, adept punters can use available information to increase their odds of winning. In the same token, both are pock-marked with possibilities of being overridden by chance. A lucky tool could land the nuts, just as easily as a star player could be injured, drastically altering the outcome of either game.

On a final note, I’ll share with you the undeniably educated inquiry of one Australian who asked what power international operators of internet casinos and poker sites might have if the new legislation is approved.

“Does this mean they [offshore operators] will have the ability to sue the Australian Government under the free trade agreement?”

They followed that thought with a direct quote from the Australian Fair Trade &Investment Network Ltd (AFTINET):

“The TPP includes rights for foreign corporations to sue governments for millions of dollars in international tribunals if they can argue that a change in domestic law or policy at national, state or local level will ‘harm’ their investment, known as Investor-State Dispute Settlement (ISDS).”