When Jamie Odell, current CEO of Australia-based poker machine manufacturer Aristocrat Leisure, announced his upcoming retirement, there was trepidation among shareholders. Stocks began to fall immediately. But a few weeks later, after naming Trevor Croker as the new pokies CEO come 2017, things are looking a brighter. 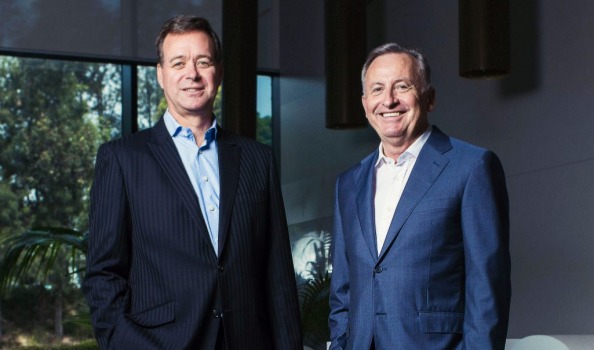 As Australian Financial Review put it, Croker has received the ultimate Christmas gift from Odell. Not only is he being promoted from Executive VP to the highest ranking position in the company (effective March 1, 2017), Aristocrat’s stocks are rebounding and profits are soaring. The situation is certainly panning out to be a wonderful New Year for everyone at the firm.

Odell first announced his impending retirement back in early November. After 7 enormously successful years at the helm, it was a huge shock to the company. Under Odell’s expert navigation, Aristocrat saw its capitalization increase from $1.7billion to more than $10 billion.

Odell was responsible for Aristocrat pokies expanding into the American market with the US$1.3 billion (AU$1.74bn) acquisition of Video Gaming Technologies (VGT) in 2014. That endeavor has been particularly beneficial for the company as VGT’s profits have since skyrocketed 27.9%, while revenue jumped 23%.

By taking over VGT, Aristocrat found itself working in a whole new pokies market. Casino operators in North America are able to purchase poker machines – or slot machines, as they call them – in two very different ways. They can pay full price to have a machine installed, or keep that money and, instead, pay a percentage of the revenue a machine generates back to the pokies maker.

This method of business is often preferred by casinos, and ensures a steady flow of recurring revenue coming in, regardless of monthly or annual sales reports for new pokies machines. VGT’s recurring revenue deals were listed at 17% of their overall business when Aristocrat bought the brand two years ago, and are now up to around 50%.

Back on local ground, the Australian market saw a surge in profits from an Aristocrat pokies line-up know as Lightning Link jackpots. This particular product line provides punters with the option to play for an extra jackpot that is linked across a localized bank of poker machines, and it’s been a huge hit with Aussies thus far. 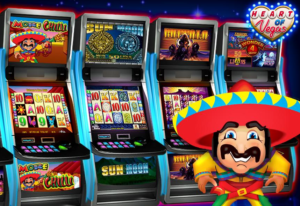 And let’s not forget Aristocrat’s digital gaming division, via the development of Hearts of Vegas. The mobile pokies app is available for download, or via social media giant Facebook.

While all of the games are free to play, in-app purchases (IAPs) and advertisement deals have seen this division’s growth leap straight upward with an 82% revenue hike worth $268.7 million. In terms of profits, those more than doubled to $114 million.

The mobile pokies venture is still one of Aristocrat’s smallest segments, but it’s growing fast. In 2014 , the digitized pokies division made up just 6% of the company’s overall profits. That number more than doubled as well, up to 13% in 2016.

All of these factors helped contribute to phenomenal results this year for Aristocrat pokies market share, which has continued to climbed well ahead of its rivals. The full year’s results, released in late November, showed net profit growth bolstered 67% to $398 million. That’s a far cry better than the $383 million projected market consensus.