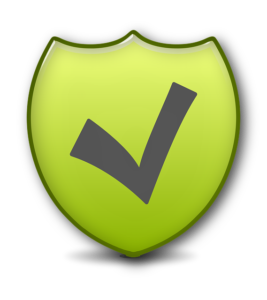 It wasn’t long ago that internet gambling was comparable to a stab in the dark. With hundreds of new operators turning up each year on the world wide web, who new which ones were reputable, and which weren’t? Everyone had to hope they had found a safe real money casino.

Things are different today. Yes, there are still rogue operators floating around, but it’s a lot easier to distinguish between the two. In the last few years, many governments have issued strict regulations, upheld by appointed regulatory bodies. And when an online gambling site is licenced by one or more of those authorities, it shines as a bright beacon of protection for players.

Regulatory legislation has moved faster in some regions than others. Europe is a hotbed for safe real money casino operations. France, Italy and Spain took the strictest routes of all, not only creating stringent rules to oversee every move their licencees make, but ring-fencing their individual country’s so that their own residents are the only ones who can access their markets.

That approach certainly makes it easier for regulators, giving them direct access to each operator’s native offices. But it’s not so great for the operators, who can only accept customers from a limited pool of players.

The United Kingdom took a different approach, allowing operators from outside the country to obtain a licence and accept British players. It’s a tough job for regulators, but as a result, the region’s online gambling market is thriving, bringing in millions for the government and providing enough player protections to keep them safe.

Online casino regulations in other regions like Canada and the United States has moved at a snails pace.

The key benefit for players who deposit with real money gambling websites regulated by their native jurisdiction is local oversight. If a player has a complaint, they can go directly to the regulatory body for help.

For example, a customer might request a withdrawal, and several weeks later, still have no money in their bank to show for it. If an operator fails to provide timely payouts, the regulator will step in and make sure the situation is resolved. An uncooperative operator could be penalized or even lose their licence.

Those licences don’t come cheap, so it’s a risk no operator wants to take. And if the online gambling website didn’t intend to uphold a responsible operation, they wouldn’t bother paying that high price in the first place.

Today’s most reputable licencing jurisdictions include territories like Alderney, Kahnawake (Canada), Gibraltar, Isle of Man, Malta and The UK. When an operator holds a license from any of these jurisdictions, odds are incredibly high they offer a safe real money casino experience.

There are a few territories issuing licences to online gambling websites, but failing to provide responsible, regulatory oversight. This doesn’t necessarily mean that an operator licenced in these jurisdictions is not reputable, but unless they have a long-standing track record for upright business practices, it can present a risky situation for players.

Questionable licencing jurisdictions include places like Costa Rica and Curacao. In Costa Rica, so long as an operator is willing to pay for it, a licence is easy to acquire and maintain. The only enforced rule is that operators don’t accept players from within the licensing territory. Anyone else is fair game. Curacao is a bit more reputable, enforcing some standards and levels of compliance.

These two jurisdictions make up the bulk of US-facing offshore operators, with Curacao licencees being a lot more dependable than those in Costa Rica. But there are no guarantees.

How To Know Who’s Licenced, and Where

Visit the website of any iGaming operator and scroll to the very bottom of the page. Here, you will find the licencing information for that operator. If you don’t find licence info here, leave and don’t look back. If you do, see where the license is coming from.

If it’s one of the reputable jurisdictions listed above, chances are the exact licence number is provided, as well. You can take your search one step farther by looking up the number at the regulator’s website to make sure its valid and in good standing.

Take Royal Vegas Casino, for example (see image above). The bottom of the webpage shows it’s owned by Digimedia Ltd. It gives the company’s hoe office address, and says it holds 3 licences from the Malta Gaming Authority, providing the specific number for each licence an a link to verify them on the MGA website. Thus it’s easy to confirm that this is a safe real money casino.