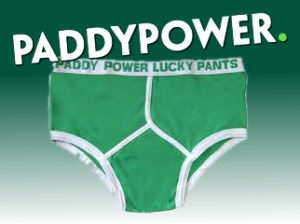 Paddy Power is one of the most recognized online bookmakers in the world. Despite being based in Ireland with the majority of its services devoted to UK punters, the brand has become globally renowned for hosting the most outrageous marketing stunts. Now, with its roots spreading far and wide, the operator admits those antics aren’t as effect in other markets.

In recent years, Paddy Power has grown its business through acquisitions and regional branding.

In 2010, the company bought Australia sports betting giant, Sportsbet, but ran the new business as a separate entity (rather than branding it Paddy Power). Then in 2012, Paddy Power spent over half a million launching services in Italy. Last year, the online bookmaker made its biggest move ever by acquiring Betfair, merging the two into one of the worlds largest internet gambling companies.

In all those years, if there’s one thing Paddy Power has finally learned from its expansion across regional markets, it’s that foreigners don’t always take to craics the way the Irish do.

The online sportsbook came under heavy fire when it published odds on the murder trial of Oscar Pistorius. “Money back if he walks”, jibed Paddy Power. And how about last year’s campaign involving the sponsorship of foreign football stars, in the midst of the UK’s migration crisis? “Immigrants, hop in the back! (But only if you’re good at sports)” read the lorry driven by Paddy Power.

That’s just the tip of the iceberg for this operator’s decades-long history of controversial ad campaigns.

Antics Not So Successful Outside UK

Company CEO Breon Corcoran had to admit that, while these antics were well received by their Irish and English audience (for the most part), the operator’s mischievous sense of humor doesn’t translate so well with other countries.

“I think being Irish, I’m kind of pre-disposed to think that Irish brands have a resonance everywhere, but that’s not always the case,” he said at this week’s Web Summit in Lisbon. “Five or six years ago, we thought that the answer to most problems might be a Paddy Power, Irish-themed, entertainment-led brand.”

But Corcoran said they’ve learned that their campaigns, self-defined as the “marketing equivalent of running up and slapping you in the face”, must be scaled back to conform with local culture differences and sensitivities.

He explained that their Australia sports betting operation is still running under it’s original Sportsbet brand, because it “resonates” with the people and is “relevant to the customers there in a way that an Irish brand wouldn’t” be.

“There are cultural nuances in all these markets,” Corcoran went on. “In Italy, for example, consumers tend to see gambling as a less frivolous affair than the Paddy Power brand might suggest.”

The online bookmaker has clearly learned its lesson. While its Irish and UK customers will continue to enjoy the shock-and-awe campaign tactics of its homegrown hero, Corcoran says that in other markets, including Italy and Australia, sports betting ads will be generated on a more culturally acceptable basis.