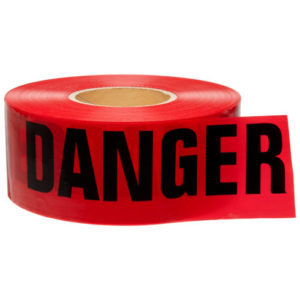 As members of the Australian people, we all have basic rights. We have the right to our opinions, the right to express those opinions (in a civil manner), and the right to spend our hard earned money in any way we please (so long as it’s legal, of course). That includes the right to play pokies in pubs, clubs, hotels and casinos, without being bombarded by the “guerilla” tactics of those who disagree with our choices.

But that’s exactly what we fans of the poker machines may be facing soon enough.

A group of anti-pokies protesters has threatened to storm businesses where these machines are played. They stated their intent to swarm into these locations, wrapping the machines in ‘Danger’ tape, and preaching the hazards of gambling on pokies to all present.

I, for one, have no intention of listening. In fact, I’ll probably be home, lounging on the sofa, spinning the reels of Avalon at Royal Vegas from my iPad. If these so-called advocacy groups go through with this plan, such could be the only safe pokies left in Australia.

It’s not that I disagree with their right to protest against poker machines. Much like my right to play them, they have the right to opine their negative emotion towards them. But if this “guerilla campaign” takes place – in a pub where alcohol is being readily consumed, no less – do you really think the passionate emotions of each side will remain peaceful?

Why Protesters Are Up In Arms

The protesters behind this hostile plan of action have stated that no operator would be safe. Pokies venues all across the country could suddenly be disrupted, and it all stems from a lawsuit against two majors gambling corporations; poker machine manufacturer Aristocrat Leisure, and Crown Adelaide Casino.

Several weeks ago, the headlines were alight with accusations that some of Aristocrat’s poker machines – including the popular Dolphin Treasures – give players a false sense of hope. The lawsuit claims that these pokies are deceptive, because they don’t have the same number of symbols on the 5th reel as they do on the first 4 reels.

The protesters are seeking an injunction against these games. They want them officially recalled and removed from casino floors immediately, while the court case is underway. If the injunction is not granted, that’s when they say they’ll revert to the guerilla campaign tactics described above.

Most Aussies Annoyed By Anti-Pokies Campaign

Now I didn’t go and conduct any surveys on the matter, but just based on the comments left on major media websites who detailed the story, it’s pretty clear how most Aussies view the situation. In fact, 75% of the responses I saw jeered the threats of the anti-pokies advocates.

“Great! Masses of wowsers teling us how to live…” wrote one.

“…The do-gooders are going to save the world,” said another. “They want everybody to fit in with their version of what is correct.”

But for the vast majority of us who are responsible, and truly desire an entertaining, safe pokies experience, there’s no reason we should be subject to the extremist tactics of desperados on a futile mission to save the world from what they feel is wrong.