Promising to give a large group of influential people what they want, then taking it away at the last minute, is not the way to gain popularity in a major, global business. PokerStars, the world’s largest online poker room, should know that by now. But it didn’t stop them from altering a player-preferred payout structure at EPT Barcelona on the eve of the tournament series. 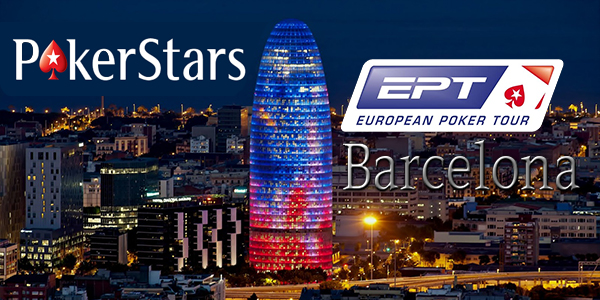 Less than a 24 hours before the European Poker Tour got underway in Spanish capital, PokerStars informed its players that all events, including the €25k and €50k high rollers, would see their payout structures increased to spread the prize pool across 20% of the field.

While the stakes are high, these aren’t large events in terms of player volume, averaging 100-200 competitors. Recreational poker players tend to shy away from such an expense, especially knowing how many pros they would to conquer to win their money back. But to the high-rollers who regularly pay to compete, the increase to a 20% pool of winners was not greeted affably.

Early in the morning, on the very day EPT Barcelona was set to begin, after all registered players were already snug in their hotel beds awaiting the first strain of events later that day, PokerStars Live Events Specialist Neil Johnson published a piece on the official blog site entitled, “EPT Barcelona: What’s new for this season?”

A little late to be announcing changes to the schedule, don’t you think? Well, Mr. Johnson and the big-wigs at Amaya didn’t seem to think so. Johnson announced an “expansion of our payouts” that would see “20% of the field” getting paid in EPT13, instead of the traditional 15% players became accustomed to since EPT6 (it was only 10% in the first 5 seasons).

Johnson described the alterations as a way to get more players to participate in more events by making sure they still had a bankroll with which to do so.

“It’s a way to give a lot more players a second shot, while exerting only a negligible effect on prize pool distribution,” wrote Johnson. “It’s a tough line to tread: giving more players a better experience while making sure that champs are well rewarded.”

As you might expect, not everyone was happy about the last-minute change. Sure, recreational poker players had no quarrel with it, but the pros who pay €10k, €25k, as high as €50k to participate in big money, low field events, were quick to unleash their ire on social media networks.

When PokerNews caught up to Neil Johnson at EPT Barcelona, the topic of conversation immediately turned to the controversial changes to the payout structure, and how PokerStars could justify such a drastic change at the eleventh hour without even consulting the players who pay to enter these events.

“This ultimately is a player driven industry and if the overwhelming feedback is that players love it, hate it, or want it tweaked, we’ll certainly go back and look at it,” Johnson told PokerNews. “But it will be in place for these 3 events,” he confirmed, referring to EPT Barcelona, EPT Prague and EPT Malta.

Shortly after the interview, PokerStars apparently began to realize the error of its ways. Without poker pros to participate in its high roller events, they would be losing a lot of money over three major EPT stops, and as vehement as those pros were in their admonishment of the 20% payout structure, it was clearly time to put a stop to it.

I can only assume that was the thought process that led them to send Mr. Johnson back to the announcement booth, where he informed everyone that PokerStars had a change of heart. While most events would pay the promised 20% field, the €25k and €50k events were re-structured – again – to pay 15%.