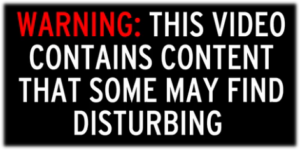 We’ve all seen some rather incredulous CCTV footage of people doing crazy things while playing the pokies. Not long ago, a UK man was observed relieving his bowels on the floor while playing the pokies in an amusement arcade. Footage of blatant robbery attempts have become all too common, as well. But this latest surveillance video of a woman who was brutally attacked with a machete tops them all in shock value.

I warn you now, the following imagery is not for the young or faint of heart, and may be considered too disturbing for some. To watch the gruesome video, which is shown only in part due to its excessively violent nature, scroll to the bottom of this page.

The incident took place at a supermarket’s poker machine arcade in Alajuela, Costa Rica, the second largest city in the Central American country. According to witnesses, the victim, 61 year old Maria Geradina Mora Mena, and the alleged assailant, identified as Ariel Rivera, had a heated argument just moments before the vile attack took place.

It is believed that Mora Mena and Rivera were companions, but the relationship between the two has not been confirmed at this time.

Following the vehement exchange of words, Mora Mena turned away from Rivera and made her way into one of the small gaming rooms, where various poker machines lined the walls. At least one other gambler is seen already in the room playing the pokies when the CCTV footage begins, showing the female victim enter, step up to a machine and insert several coins.

After pressing the play button, she steps back to watch the outcome. Apparently having lost the wager, she then steps forward again to insert more coins. At that very moment, the assailant bursts into the room, armed with a large machete. 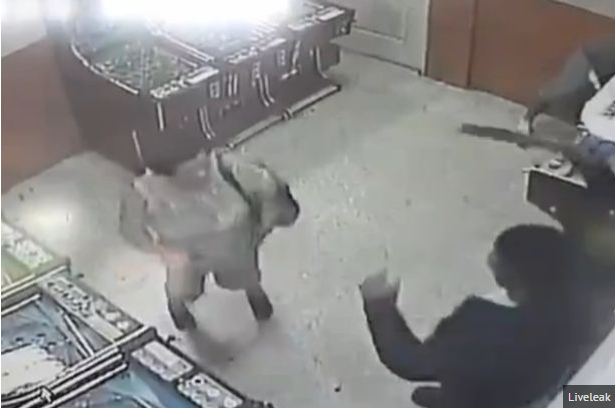 Mora Mena is clearly taken aback by the sudden intrusion of Rivera, who rushes towards with the machete raised high in his right hand. He wastes no time in fulfilling his intent to attack the woman.

A vicious, downward swing of the blade connects with Mora Mena’s left forearm, nearly severing the limb completely. The video ends at this point, not revealing the continued attack on the woman by her assumed partner, but reports indicate that Rivera wasn’t quite done yet.

Local sources confirmed that the victim’s right arm was also struck with the machete, although the damage wasn’t quite as severe. She suffered a deep laceration and fractured bone in her right arm.

Mora Mena was immediately rushed to the local hospital, where doctor’s have worked tirelessly in attempts to reattach her left arm. Whether or not their efforts have been successful is not yet known.

As for the loathsome attacker, he reportedly managed to escape police by fleeing through the supermarket’s café area. Authorities have launched a city-wide manhunt for the brutal assailant, but as of writing, Ariel Rivera remains on the loose.