Home  »  Uncategorized   »   Poker Machines to Stay on the Menu at Carbondale, IL Pubs and Restaurants 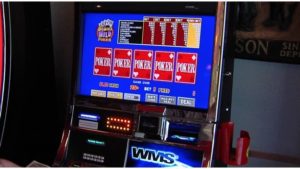 All over the world, we could classify just about everyone into one of three groups. You have your average blokes who could walk right past a row of poker machines and never think twice about them. Then there’s your stretched-taught, anti-pokies, anti-gambling advocates who want them all to disappear from the face of the earth. And then there’s the people who love a good spin on the reels at the local pub.

For the city of Carbondale, Illinois – located smack in the middle of America’s Heartland – it seems the latter prevail. Gambling has been steadily spreading throughout the state for the last few years as communities have witnessed the economic benefits of throwing a few poker machines in the local bars and eateries, and it’s really begun to catch on.

In Carbondale, the last six months alone saw pokies generating $71,841 in tax revenue. In the city of Herrin, less than half an hours drive eastward, city coffers took in $72,876 from poker machines in the same period of time, despite being about half the size of their Carbondale neighbors.

A northbound ride along Interstate 57 bring us to the city of Mt. Vernon, where six months of spinning the reels earned tax collectors there $124,228. While the economic benefits are crystal clear, those figures convinced some city leaders that they may need to script new restrictions on video gaming licenses.

When Carbondale officials made clear their intentions to cut back on poker machines in March, the ire of the community was evident, as many disagreed with the position that it creates a negative for the community.

“I don’t think it does,” Trent Sellers told ABC’s WSIL 3 News as he stopped in for lunch at the Italian Village. “It’s a source of revenue and, of course, we need that.”

Brian Donahue, Manager of Italian Village, agreed with the local patron. “It creates revenue for them as well,” he said, referring to the city councilman who collect tax dollars off the pokies. “So I think it’s a win-win.”

Donahue had to admit that, when he first installed the video gaming terminals in his restaurant some three years ago, he was apprehensive about how his customers might react to the new gambling devices. “But I would have to say, I haven’t seen any negatives from our standpoint,” he said.

Tony Dusch, another resident of Carbondale who believes the machines have earned their rightful place in the community, shared his opinion. “It’s a college town, too, so come on, you’ve got a party atmosphere here anyway.”

Keep the Pokies—Alter the Language

The majority of Carbondale citizens seem to agree that poker machines – or slot machines, as they call them – are an innocuous form of entertainment, and a much needed economic a boon for the community.

With that, city officials shifted gears, looking more closely at more specific segments of the poker machine ordinance that may require adjustments, such as how businesses are able to advertisement their poker machines.

According to City Manager Gary Williams, a final version of proposal should be available within a few weeks.