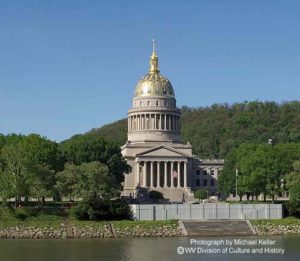 Think back to your childhood, when you and your friends would get together and play schoolyard games like ‘Follow the Leader‘. Now that we’re older, we find that such antics aren’t just childhood entertainment, but a cold hard fact in any successful business industry. That became even more apparent this week when gaming regulators in West Virginia confirmed that they are likely to follow Pennsylvania‘s lead when it comes to internet gambling laws.

The PA House recently approved a piece of legislation designed to legalize online gaming (poker and casino games). That bill is currently in the hands of the State Senate, and considering the PA Budget that was just passed – including a $1.3 billion deficit in funds to cover that budget – the chances of a gambling expansion bill passing have significantly increased.

The measure wouldn’t just legalize internet gambling, though. It also gives the state an opportunity to authorize casinos to operate ‘satellite locations‘, meaning they could install up to 250 slot machines throughout the state’s off-track betting sites. Additionally, it calls for authorization to put slot machines in PA’s 6 international airports, also to be operated by existing casino licensees.

Officials with the West Virginia Lottery have made it clear that they are keeping a close eye on the legislative maneuvers from their neighbors to the north, and if Pennsylvania does pass an internet gambling law, WV is likely to follow suit in order to remain competitive.

Since then, Meyers confirmed, “I haven’t had a meeting with any of the commissioners to talk about our options.” However, he added, “There are certainly things we need to consider going forward. To stay competitive, we’ll have to consider these, as well.”

Pennsylvania’s biggest driving factor behind potential passage is to supplement a $1.3bn shortfall in the 2016-17 budget. Internet gambling is projected to generate $400 million in annual revenue for the state. The remaining $900 million deficit would be made up for by another probable piece of legislation that aims to raise the tax on a pack of cigarettes by a full dollar, from $1.60 to $2.60.

West Virginia has had it’s own budget issues lately, having just overcome an impasse in budget talks that was resolved by a similar cigarette tax hike. To that end, President John Cavacini of the West Virginia Racing and Gaming Association said, “They’re evidently having the same kind of budget problems that we just had.”

Once at the forefront of the region’s gambling industry, West Virginia has seen a lot of competition moving in on them, including casinos in Maryland, Ohio and Pennsylvania. Since then, revenue has fallen steadily as the state struggles to maintain traditionally high yield from its casinos.

From the 1990’s to early 2000’s, West Virginia enjoyed a relative monopoly on casino gambling, but now, as Meyers pointed out, “We’re surrounded by competition.”

Cavacini said that, with internet gambling now a real possibility in a neighboring state, “I don’t think it’s too early to be concerned.

“We, basically, started this gaming concept 22 years ago, and the other states have followed us,” he said. “As a state, we’ve always been on the forefront of gaming issues.”

He believes that current gambling laws would allow West Virginia to add online sales to its lottery division, but that new legislation would be required to incorporate online horse race wagering and/or online poker/casino gambling.

“I think that’s definitely the way to go with it,” Cavacini said, suggesting WV move now to script and pass an internet gambling bill, rather than waiting for PA to take the lead.