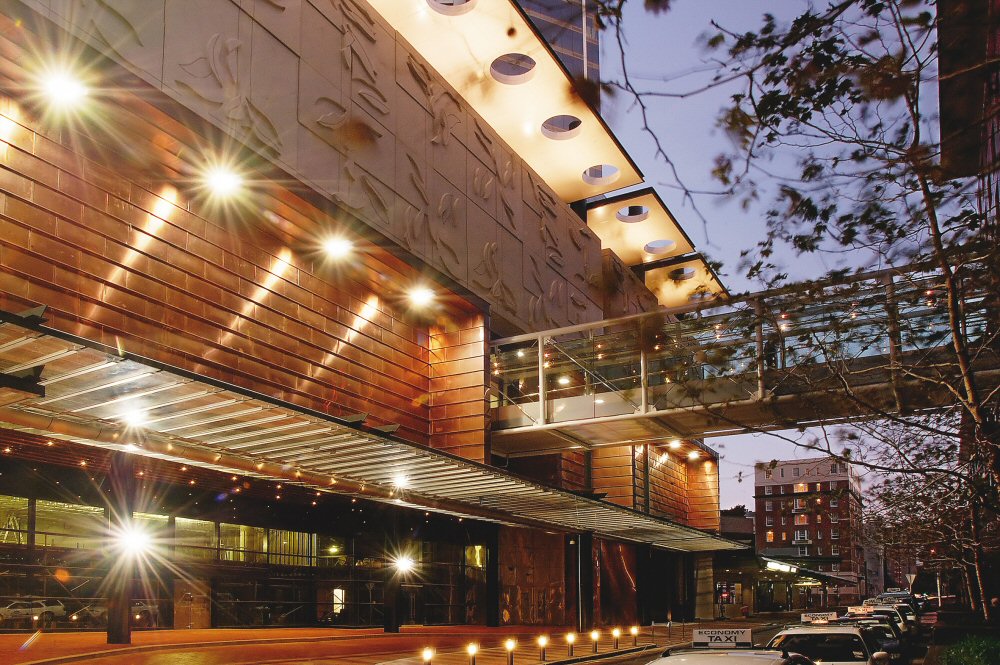 When the owners of SkyCity Auckland Casino approached the New Zealand government with plans for a new Convention Centre, the assurance that 1,000 new jobs would be created during construction was a huge incentive. Now, finding out that the company hired steel contractors from the US isn’t sitting well with some.

According to a report in the New Zealand Herald, developers put in an order for 8,500 tonnes of steel framework needed to complete the project. That order, and the fitting contract, went to CH Steel. But CH Steel is not solely based in New Zealand, being a joint venture between Culham Engineering in Whangarei, NZ, and Herrick Corp., based in Stockton, California, USA.

When developers first proposed the idea to government officials, they sought concessions in exchange for building the new $402 million SkyCity Auckland Convention Centre. They wanted to add 230 more poker machines and extend their gambling license by 28 years.

In exchange for such benefits, they assured the government that the new facility would be a great advantage to the local community. The prospectus painted an affable picture, filled with $90 million worth of economic benefits, 1,000 new temporary jobs during construction, and another 800 permanent jobs once the centre was complete.

The creation of so many new jobs was a huge factor in garnering the favour of officials, who agreed to the proposal and all of SkyCity Auckland Casino’s concessions. But now, due to the new partly overseas steel contract, it seems not all of the promised jobs will be going to Kiwis.

Denise Roche, a spokeswoman for the Green Party, was infuriated by the overseas contract, stating that it should have been specified during negotiations how many construction jobs would actually involve New Zealand based employees.

“The economic justification for the dodgy convention centre deal has always been full of holes, and now it’s completely falling apart,” said Roche.

“The Government said construction would create 1000 jobs, but an independent report for Auckland Council cast doubt on that number, and now we’re learning that some of these jobs won’t even be in New Zealand,” she said.

Fletcher Building – in charge of the overall construction of the new property – fired back with claims that at least 50 of the steel-working jobs are being created within New Zealand. The company said that Culham Engineering already employs a staff of 230, and that more local hirings are taking place as a result of the contract.

Rob Kirwan, Culham’s General Manager, estimated that at least 50 new jobs would be created in New Zealand as a result, adding that he was “thrilled to have won the contract as it is helping bring new technology and training opportunities to Whangarei.”

Kirwan confirmed that the company has 17 apprentices on board, 5 of which were hired in 2016 as a direct result of new contracts like this one. He said that Herrick’s experience and expertise in steel framework is exceptional, and that the two companies – Culham and Herrick – will be exchanging employees; Kiwis to train in the US, for Americans to work on the project in Auckland.

That didn’t satisfy the contempt of Joe Gallagher, union industry coordinator for E Tu, who called it a “disgrace” that work would be contracted overseas. “There is no protection for local industry and local jobs on a big project like this and there should be.”

Labour leader Andrew Little concurred, pointing out the threat that already hangs over New Zealand’s steel industry. He blamed the government for the uncertain future of Glenbrook Steel Mill.

“More than 2000 metal manufacturing jobs have already been lost under this Government,” said Little. “John Key should have negotiated a clause in his deal with SkyCity to ensure that convention centre work went to Kiwi companies and Kiwi workers. It beggars belief they didn’t make sure this work stayed in New Zealand.”

Either way, with the proposition already approved by New Zealand officials, SkyCity Auckland Casino seems to be the prime beneficiary, as the deal for additional poker machines and extended gambling license has already been sealed.