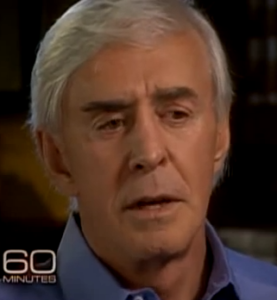 We’ve all heard the old adage, ‘some guys have all the luck‘. For Las Vegas gambling profiteer Billy Walters, that statement couldn’t be more fitting. That is, until this week, when he was arrested on charges of insider trading.

Walters, 69, is known far and wide in the wagering community as the most successful sports bettor who ever lived. For decades, he’s been breaking sports books with profitable wagers, raking in hundreds of millions of dollars.

A master of the point spread, Walters isn’t just one of the luckiest Vegas gambling high rollers. Fortune seems to follow him in all financial endeavors, from the NASDAQ to the real estate market. Even in the US court system, having faced criminal charges three times already- all relating to unfounded allegations of cheating – he’s s never lost.

That winning streak may come to an end soon, though, as prosecutors in New York unveiled an indictment against Billy Walters on Thursday. He’s been charged with conspiracy, securities fraud and wire fraud, all revolving around accusations of insider trading.

Prosecutors allege that Walters spent the last five years harvesting $43 million on stock market trades based on illegal inside information. The professional gambler and businessman has been accused of utilizing inside information he received from Tom Davis, the former Chairman of the nation’s largest milk producer, Dean Foods, to manipulate earnings on the stock market.

Davis was also named in the indictment, and is said to be cooperating with prosecutors. Walter’s close friend and golfing legend, Phil Mickelson, was named as well. Mickelson allegedly received inside information passed on by his Vegas gambling friend that earned him upwards of $1 million, but he’s agreed to pay back the money in lieu of any charges against him.

Jack Sheehan, who wrote an as-yet-unpublished biography of Billy Walters some years ago, believes it was a profile of his friend, which aired on 60 Minutes a few years back, that drew the attention of US law enforcement.

“Here’s a guy who seems to win at everything he does. Maybe that whetted their appetite to say, let’s see if we can win against him and turn this all-time winner into a loser,” Sheehan told the press following Walters’ arrest.

US Attorney for the State of New York, Preet Bahara, doesn’t quite see it that way. “Walters placed enormous bets,” said Bahara at Thursday’s press conference announcing the charges against the famous high roller. “The bets were never a gamble at all. They were a sure thing,” he said.

Sheehan wasn’t daunted by the US Attorney’s commitment to convicting his longtime friend, and believes Walters’ Vegas gambling luck will prevail once again.

“He’s never been convicted of anything,” spurned Walters’ biographer, saying he’s merely “an easy guy to go after for government officials.” But in the end, Sheehan believes “the smart money in Las Vegas is betting on Billy to win again.”

After his arrest on Wednesday, Walters appeared in federal court the next day and was released on $1 million bond.