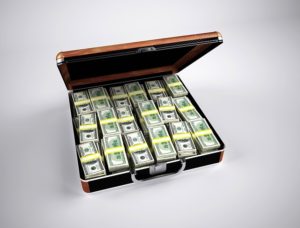 If there’s a single betting-bone in your body, you’ve surely experienced that day-dream moment when you imagine hitting a massive jackpot, buying your own island and escaping the persistent trials of everyday life. Whether it’s winning the lottery, emerging champion at the WSOP, or spinning your way to a multi-million slots jackpot, we’d all love to be named among the world’s most epic winners.

To help nurture those lucrative aspirations, I’ll share with you the brief stories of 5 of the biggest, most incredible gambling wins throughout history.

I’m sure this list could be a whole lot longer, and perhaps some of you will feel other winners are more deserving of a spot on this list, but all of these are epic in their own way, whether it’s by the sheer size of the prize, or the odds beaten to obtain it.

This is a no brainer. Antonio ‘The Magician‘ Esfandiari is one of the world’s most recognized poker pros, not just for his high-rolling expertise, charismatic nature, or amusing skills with slight-of-hand, but because he’s won millions of dollars throughout his career, including a colossal $18 million at the 2012 WSOP Big One for One Drop.

The $1 million buy-in event resulted in the largest single event prize pool in poker history – in sports history, for that matter – of $18,346,673. It also earned him the first ever ‘Platinum’ WSOP Bracelet. Esfandiari currently sits in second place on the Poker All Time Money List with $26.73 million.

Charles Deville Wells, or as he became better known, Monte Carlo Wells, was a famous gambler (and infamous fraudster) who ‘broke the bank’ at Monte Carlo in August of 1891, and again that November. He entered the casino with a £4,000 stake, and walked away with about £60,000 – equivalent to about £6 million today.

To ‘break the bank’ is to win all of the chips at a gaming table. Each table at Monte Carlo was funded with 100,000 francs to start the day. If the bank was broken, play was suspended as security entered the casino vault to refresh the table’s bank.

Wells was never accused of cheating the casino, despite his reputation for duplicity. However, he did spend time behind bars following these enormous gambling wins. As it turns out, the money he was staked was actually given to him by investors to fund development of a new invention that didn’t actually exist. His swindling ways earned him a stint in prison – one of four times he was convicted for fraud in his lifetime.

After losing $2 million in December 1992, Archie Karas took his last $50 to Las Vegas where he went on a 6-month hot streak. Playing pool and poker variants like Razz, he quickly built his bankroll and started playing for enormous stakes against pros like Stu Ungar, Johnny Chan, Johnny Moss, Chip Reese and Puggy Pearson. At one point, he had amassed every single one of the $5,000 chips at Binion’s Casino, and by the time it was over, he had won $40 million.

At the start of the 2015/16 season, no one would have suspected Leicester City to have any chance of winning the Barclays Premier League. They were the newest team in the BPL, admitted in 2013/14, had no major wins under their belt, and very little in the way of sponsorship.

As such, they were given the worst odds of 5000/1 to win at the start of the season. Those who were smart enough, or perhaps foolish enough, to take that bet, saw it pay off big time. One punter from Guildford dropped £75 on an each-way bet and walked away with $112,500 for the epic gambling win.

In 2010, Atlantic City casinos were desperate to attract high rollers. Don Johnson (not the actor) was invited to play high stakes blackjack, but before he would play, he negotiated a series of special 6-deck rules. The casino agreed to pay him 20% cash back on daily losses of $500,000 or more, and altered the blackjack rules so that the dealer stood on soft 17, Johnson could re-split aces, and a few other slight changes. In this way, he effectively turned the house edge around into his own favor.

Over the next 6 months, Johnson scooped enormous gambling wins from three casinos. He won $6 million from the Tropicana, $5 million from The Borgata and another $4 million from Caesars – $15 million in all. Afterwards, Tropicana and Borgata refused to allow him to play under the negotiated conditions, while Caesars banned him from the casino altogether.