They don’t call Las Vegas the ‘City of Sin‘ for nothing. Sure, you’ll find plenty of family-friendly fun on The Strip, but you can get that in all major cities. What you won’t find in too many places on earth are the sexiest, raciest, most hilarity-infused forms of adult entertainment Las Vegas has to offer.

This isn’t just for the guys either (although there’s plenty of those around, too). Vegas is brimming with muscle-bound hunks on stages across the city. What’s most appealing, though, is that the majority of Vegas’ adult shows are geared towards both guys and gals; perfect for a risque date night in Sin City.

We’ll take a quick look at some of the best adult entertainment Las Vegas resorts are hosting.

The adults-only “Absinthe” show takes place under the big white tent outside Caesars Palace, and it’s a can’t-miss for anyone who wants a laugh-out-loud experience on The Strip. Teeming with sexy burlesque dancers, raunchy comedy and death-defying stunts that will send your heart leaping into your throat, Absinthe tops the list of Las Vegas’ best adult entertainment revues.

As we’ve seen many times over the years, things come and go like thunderstorms in this city. The fact that Absinthe just celebrated its 5th anniversary is proof enough of its undying popularity. Like the tag line says, “if you only see one show, make it Absinthe”!

No, it’s not Fifty-Three-X. Take a closer look… “53X” doesn’t have the tried-and-true longevity of Absinthe, but its recent introduction at the Chateau Nightclub inside Paris Las Vegas has been incredibly well received. Forged by the renowned creators of “Chippendales“, this adult entertainment option merges male and female dancers with rock-hard bodies and an accelerated talent for choreography.

The entire show is infused with today’s chart-topping dance music, and you can rest assured the comedic gold will flow throughout the performance with host and performer ‘Shangela‘, who’s career was kickstarted by back-to-back appearances ‘Ru Paul’s Drag Race‘. Leave your inhibitions behind, because these performers love to bring unsuspecting members of the crowd into the show. 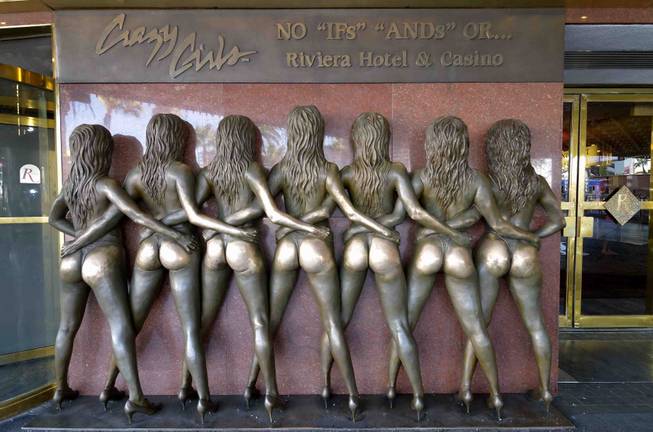 One of the oldest topless revues on The Strip, “Crazy Girls” is the epitome of Las Vegas adult entertainment. Characterized by the golden statue of the dance troupe’s rear-ends, the show (and iconic statue) were moved from the Riviera to Planet Hollywood after the aforementioned’s closure last year.

Although it may be geared more towards a male audience (and couples with forgiving girlfriends/wives), after 28 years, Crazy Girls has proved its worth as a permanent fixture of Las Vegas. But don’t worry, the performances and attire change regularly to keep it updated, although those flashy costumes don’t last very long on stage. 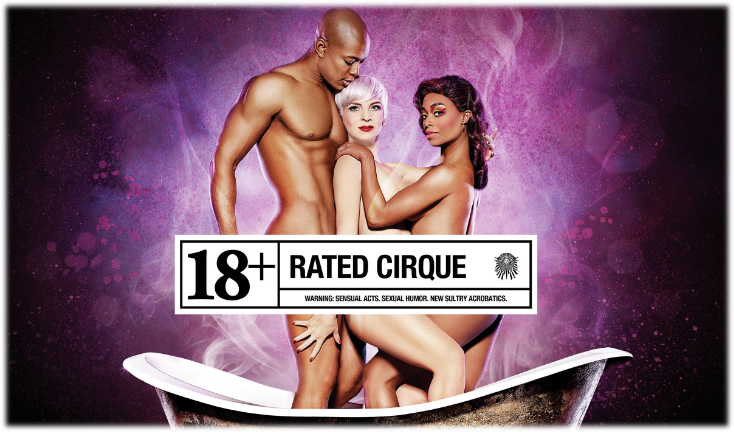