Following the release of a review on current online gambling laws, Australian officials are finally moving to enforce new restrictions on internet gaming. From blocking payments to illegal offshore operators, to prohibiting online in-play sports betting, the new laws are shifting Australia’s iGaming market from “grey to “black”, and it may leave PokerStars owners with a heavy decision of their own.

In September 2015, former NSW Premier Barry O’Farrell was asked to conduct a full-scale review of Australia’s Interactive Gambling Act of 2001 (IGA). His findings were released to the Department of Social Services, followed by an announcement on Thursday that 18 of its 19 recommended courses of action would be upheld.

Among them, Australia will be cracking down on live in-play betting via licensed online operators. The IGA prohibits in-play sports betting unless conducted in person or over the telephone. Last year, William Hill introduced a clever mobile betting app that integrated voice recognition, technically circumventing the laws, and of course several other operators like Ladbrokes and Bet365 followed suit.

Another recommendation agreed upon by the government is to invoke stronger enforcement of laws that already prohibit offshore betting operators from taking bets from Australian punters. To do so, officials will enlist the help of credit card companies and financial institutions to “identify potential payment blocking strategies“.

The government has agreed with other recommendations in the report, entitled Review of Illegal Offshore Wagering, such as stricter regulations on advertising (social media included), establishment of a national self-exclusion register for problem gamblers, and new measures to prohibit online sports betting sites from extending credit lines to users.

PokerStars Could Be Facing Tough Decision 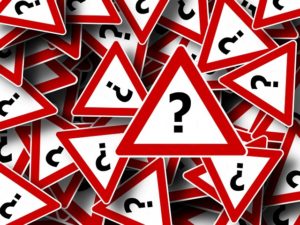 In the middle of it all lies PokerStars, which spent several years working diligently to get a foothold back in the US market following the events of Black Friday in 2011. Last September, the company was finally approved for an operators license in New Jersey, followed by a triumphant launch in March.

The celebratory champagne glasses aren’t even empty yet, and now the owners at Amaya Gaming could be faced with a very tough decision.

In New Jersey, regulators are fairly lenient towards operators who service “grey market” regions of the world; that is, where laws don’t explicitly criminalize internet gambling. With Australia transitioning from grey to “black market” status, PokerStars’ existing operations Down Under could present a very big problem.

PokerStars holds licensed from over a dozen jurisdictions around the world, but Australia is not one of them. Therefore Amaya may have to chose whether to exit the lucrative online poker market in Australia, or the pull the plug on its dreams of expanding throughout the US.

Such a decision would be hard, indeed. If the operator doesn’t voluntarily exit Australia – the sooner the better – regulators in New Jersey won’t look kindly on PokerStars’ suitability. Then again, what if more US jurisdictions don’t legalize online poker? Or what if those who do legalize chose to invoke a bad actors clause like Nevada, instantly disqualifying the company from obtaining a license?

It was hoped that California would finally pass iGaming laws that accepted PokerStars into the fold. Then, just last week, the online poker bill that’s been progressing through the chambers was amended to include a bad actors clause that could put an end to Amaya’s hopes of infiltrating the largest single-state market in the US.

Is it worth the risk of losing customers in Australia to pursue a dream on US soil? If the company doesn’t voluntary exit Australia, will it eventually lose rights to operate in both countries? Or perhaps PokerStars’ owner, Rational Group, subsidiary of Amaya, will use its Australian offices to apply for a license, thereby maintaining it’s presence in both countries?

So many questions, so many variables, and not a lot of time remaining for PokerStars to make a decision.