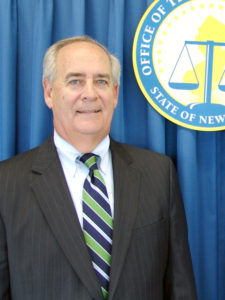 PartyPoker has been operating in the New Jersey iGaming market for more than two years, at one time holding the position of #1 network alongside its partner, Borgata Poker. But when GVC Holdings completed the acquisition of bwin.party on Feb 1, 2016, the job of issuing a new license fell into the lap of the NJ-DGE, and according to Director David Rebuck, it’s a difficult task indeed.

When Amaya purchases PokerStars’ parent company in 2014, it took a year for state regulators to complete an in-depth investigation into the company’s worldwide online gaming services before finally giving PokerStars the stamp of approval to operate in the Garden State. The Division of Gaming Enforcement (DGE) refused to leave a single stone unturned in its investigation, and the same arduous road may lie ahead for GVC.

The intense scrutiny of Amaya Gaming and all of its subsidiaries was unlike any appraisal the DGE had undergone before. Last week, Rebuck issued an advisory bulletin to New Jersey’s Acting Attorney General, Robert Lougy, in which he explained the imperative nature of his division’s need to establish a methodical structure for investigating online gambling companies that may be servicing gray market areas around the world.

Up until online casinos and poker sites were authorized in 2013, Rebuck’s job wasn’t nearly so difficult. Back then, they were only dealing with brick-and-mortar casinos owned by transparent corporations on US soil, like Las Vegas-based Caesars Entertainment. Online operators have services all over the world, with no physical offices in New Jersey, or the United States for that matter, granting due warrant to Rebuck’s 6-figure salary.

He said the DGE takes its role very seriously, and will never compromise the integrity of the state or security of it consumers by cutting corners.

“The Division, in assessing the legality or Internet gaming in a foreign jurisdiction, will not adopt a standard that could erroneously substitute its own judgment for that of another sovereign jurisdiction’s executive, legislative or judicial authority,” Rebuck affirmed. “The state of the law in many jurisdictions is constantly evolving . . . making it extremely difficult for the Division to adopt a more stringent approach.”

The biggest hurdle for GVC Holdings to receive a license in the Garden State is going to be its ownership of another popular iGaming operation, Sportingbet. Licensed in and operating out of Malta, Sportingbet has a reputation for accepting players from several gray market regions where the laws are questionable regarding the legality of online gambling activities.

Over the coming months, the DGE will have the responsibility of deciphering the upright nature of GVC’s subsidiaries and the laws of the jurisdictions in which they operate before deciding whether to supply a new license to PartyPoker.