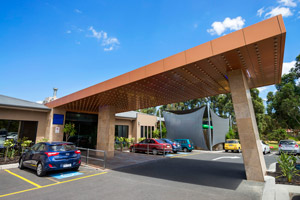 Many goals in life involve sacrifice. Some parents give up on a more demanding career to have children. Determined students often put off a social life to complete their studies. Likewise, Victoria’s Langwarrin Hotel is willing to shell out $1 million to get their hands on 10 new pokies. But at least the money is going to an excellent cause.

Langwarrin Hotel was granted permission by the Victorian Commission for Gambling and Liquor Regulation to increase it’s number of poker machines from 52 to 62, on one very strict condition. The owner must fulfill his proposal to build a $1 million all-weather playground for children.

Peter Beretta, owner of the Langwarrin Hotel, pitched the idea for the veiled outdoor playground in his manifesto to the VCGLR; a trade-off, if you will, to encourage the Commission to approve his request for more pokies. And while regulators were in full support of the plan, saying the playground would be of great benefit to the community, not everyone has responded affably to the decision handed down by the VCGLR in late March.

Councils in Casey and Frankston staunchly opposed the plan from the beginning based on concerns that it would proliferate problem gambling in the area. The Commission said it didn’t see where a few new pokies in a pub that already catered to 52 of them would affect the rate of addiction, although they did admit that social gambling was likely to increase.

The VCGLR is of the opinion that the extravagant playground would be more beneficial to the community than any potential detriment caused by the addition of 10 more poker machines.

“It’s as sensible as saying let’s create a social hub where people are using cocaine,” said Costello. “It is morally irresponsible and the gaming regulator should resign.”

“This decision shows that the gambling regulator is designed to rubberstamp the industry, not protect the community,” said Hartford. “The machines are highly addictive and can create negative lifelong habits for children exposed to them.”

Beretta has not been available to respond to the controversy that’s taken place since his proposal was approved, but a statement delivered to the panel back in March noted his intentions to draw more families to the bistro and other non-gaming facilities of Langwarrin Hotel.

His statement also noted that, if the 10 new pokies were not approved, he would only spend $300,000 on the playground, omitting the all-weather enclosures in the original (and much more expensive) design.

As it stands now, Beretta’s Langwarrin Hotel has been given a strict deadline to complete construction of the $1 million playground within 12 months. Otherwise, the permit for 10 more pokies will be revoked.