The laws regarding gambling online through offshore website are pretty clear in Australia, for the most part. Operators are not permitted to accept Australian punters, and doing so is (technically) a crime. Promoting offshore gambling sites is also strictly illegal. There are no laws, however, prohibiting players from utilizing such websites.

There is one grey area of the law, though, as it fails to reference the facilitation of online payments between illegal online gambling websites and Australian bettors. It’s something Senator Nick Xenophon would like to see more clarification on in the very near future.

According to a recent investigation by The New Daily, Australia Post (AusPost) would be in direct violation of that law, if there were such proscriptions on file. The investigation uncovered years worth of online payment processing for offshore gambling sites via the financial institution’s POLi Pay systems.

“POLi Payments has raked in at least $5 million from online casinos forbidden to operate in Australia since Australia Post acquired the business in October 2014,” wrote George Lekakis of The New Daily. He noted that a spokesperson for AusPost denied those figures, saying annual revenue was “significantly less” than $1 million.

Following the media investigation, independent Senator Xenophon, whose anti-gambling position and abhorrence of problem gambling has been steadfast, reacted immediately.

“I will be asking Australia Post for an urgent explanation for why it is doing this, because as a government business enterprise and good corporate citizen,” he said, “the corporation should not be involved.”

Xenophon went on to explain his hostility towards AusPost’s online payment system. “If it is involved in facilitating these payments, Australia Post needs to recognise it is contributing to the growth of gambling addiction and the enormous harm it brings to Australians and their families,” he said.

“They need to get out of this business ASAP because it is toxic,” concluded the Senator. 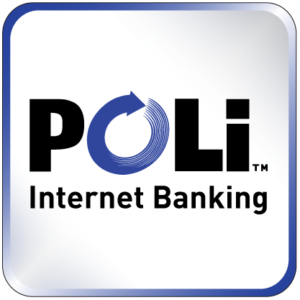 POLi Pay is offered on some of the world’s largest and most respected gambling sites, many with licenses from the distinguished Maltese Lottery and Gaming Authority, which supports the ability to deposit, wager and withdraw in AUD.

Although Australian punters face no risk of penalty for gambling online, The New Daily reported that the operators that accept them could face hefty fines of “up to $1.8 million for each day they offer online casino services to people living in Australia.” Additional penalties are enforceable upon those who market their services directly to Australians.

A multitude of – and by ‘multitude’ I mean upwards of a thousand –  overseas websites already appear to be in violation of the Interactive Gambling Act.

RoxyPalace, for instance, is operated by 32Red Plc, based and licensed in Gibraltar. However, it’s Gibraltar license is only valid for customers in the UK via RoxyPalace.com. The operation maintains another license from Malta that allows them to serve other regions of the world, including Australia; something they seem to be very proud of as it’s AU-facing website (au.RoxyPalace.com) claims to be “the best in online gaming in Australia”. As for online payment methods, the banking section states, “Players in Australia can deposit using Neteller, POLI or Citadel direct.”

That’s just one of many illegal online gambling sites that promotes POLi Pay and targets Australian players with AU-specific domains. However, despite POLi Pay’s involvement with these companies, AusPost may actually be in the clear, since it is not actually offering or promoting online gambling services.

In response to inquiries from The New Daily, AusPost returned an email statement that reflects its opinion that its POLi Pay systems are fully compliant with the laws of Australia. “We are comfortable that POLi is acting in accordance with the Interactive Gambling Act and other applicable gaming laws where POLi is involved in making payment transfer services available for use,” read the email.

It’s worth noting that Australia has never taken action against any offshore gambling website, despite having full legal standing to do so. Unless the government takes steps to amend the current laws, either tightening the reigns on illegal online gambling and the facilitation of payments, or widening the doors to collect taxes from offshore operators, it’s not likely Xenophon’s ire will have any real impact.