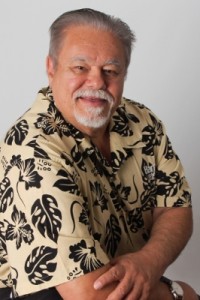 In more than 7 years, lawmakers in California have failed miserably in trying to pass any form of internet poker law. Only once in that time has any bill ever received a vote. Now, as one source confirms the state is finally “set to move ahead” with legislation, allegations against David Baazov, CEO of Amaya Gaming, parent of PokerStars, could present a whole new problem.

Steve Stallings is the Chairman of the California Nations Indian Gaming Association (CNIGA). CardPlayer Magazine reported today that they’ve spoken with Stallings, who is confident existing legislation to authorize internet poker in the state is “as close as [it’s] ever been” to passage.

The legislation in reference is AB-2863, introduced by Assembly members Adam Gray and Reggie Jones-Sawyer on February 19 as the Internet Poker Consumer Protection Act of 2016. The bill would provide for legalization and regulation of online poker, delivering licenses to authorized providers to conduct business in California. At the same time, it would make it illegal to provide/play online poker in California as/at an unlicensed operation.

Up until now, one of the biggest issues for legislators was the division between those who approved of so-called “bad actors” like PokerStars who accepted US players after enforcement of the UIGEA on January 1, 2007, and those who did not. Since PokerStars received a license to operate in New Jersey last September, officially launching online poker operations in the Garden State last month, that issue has become moot.

Other California tribes – particularly those aligned with the Pechanga Coalition, previously opposed to the acceptance of bad actors – are now willing to contend with the added competition.

But Stallings told CardPlayer that the recent charges by the AMF of Quebec against Amaya Gaming CEO David Baazov will make the legislative process a more “difficult hill to climb.

“It does raise if not red flags, caution flags,” said Stallings, adding that it also raises “issues of corporate governance.” 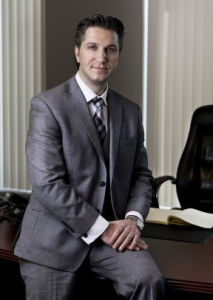 Baazov has been charged on five counts involving insider trading, having and/or using privileged knowledge to manipulate and/or profit from the sudden surge in share prices prior to Amaya’s acquisition of PokerStars former parent company, Oldford Group, back in 2014. Baazov vehemently denies all charges and is confident that he will be found innocent of the allegations against him.

In the meantime, Stallings believes that California is “set to move ahead” with legislation, regardless of the court proceedings that could take years to come to fruition between Baazov and Quebec’s securities and exchange administrators, Autorité des marchés financiers (AMF).

He said, “The resurgence of poker as a viable online game depends on California,” but that, “one more hurdle does make it more difficult.”

Still, with internet poker projected to generate upwards of $400 million annually between less than a dozen authorized licensees, lawmakers are anxious to get the ball rolling while the bad actors issue is under the rug.

The only other obstacle left to contend with will be the position of the state’s horse racing industry. Tracks insist they are entitled to operate online poker sites, while most California tribes are adamant they do not.

AB-2836 provides a revenue sharing deal of sorts that would prohibit tracks from operating their own internet poker sites, but would provide them with up to $60 million per year in proceeds from the industry.