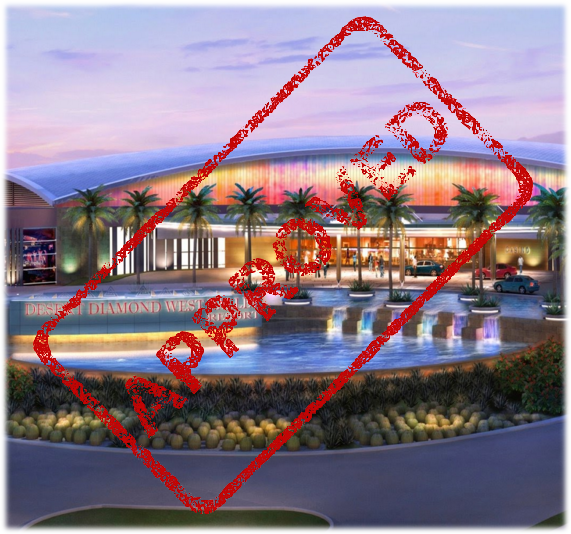 The Tohono O’odham Nation has spent several years battling the court system for the right to build a resort casino in the Phoenix area, on its own land, complete with genuine slot machines and banked table games. The tribe says its compact with the state of Arizona allows them to do so, and now, according to 3-panel 9th US Circuit Court of Appeals, and a US District Court judge before it, the tribe is correct.

The state of Arizona, along with two other Native American tribes with gaming interest in the Phoenix area, filed a lawsuit against the Tohono O’odham tribe, claiming its compact with the state prohibits them from opening a casino with legally-defined gambling devices in the Phoenix suburb of Glendale.

In the first round, the US District Court sided with the Tohono O’odham Nation, resulting in another lengthy legal process as the state and tribal gaming groups took the case to the 9th US Circuit Court of Appeals. But on Tuesday, the ruling from the 3-judge panel upheld the original findings that there’s no specific text in the tribe’s gaming compact that prohibits them from operating a full scale casino in Phoenix.

“We hold the parties to their words,” wrote Judge Carlos Bea in Tuesday’s ruling.

Federal law does restrict tribes from operating full-sale casinos off tribal lands in states where casino gambling is not generally permitted, but the track of unincorporated land in question was purchased by the Tohono O’odham nation using money acquired from the federal government in settlement of a land dispute. Thus it is legally a part of the tribal nation’s reservation, thus eligible under the terms of the Indian Gaming Regulatory Act of 1988 (IGRA).

Prior to the favorable ruling from the appeals court, the tribe went ahead with plans to open a Glendale casino last December, but installed only the state-authorized bingo games that mimic slot machines – no real slot machines or table games, as they had originally hoped for.

Whether the Tohono O’odham tribe will now be able to install genuine gambling amusements at its West Valley Desert Diamond Casino is dependent upon the actions of State of Arizona and the two tribes who contested the casino, the Gila River Indian Community and the Salt River Pima-Maricoba Indian Community – both of which already operate casinos in the metro area.

Arizona Attorney General Mark Brnovich has yet to comment on the state’s intentions to possibly appealing the decision in the US Supreme Court. As for the Gila River and Salt River Indian Communities, both have expressed their disappointment with the ruling, and said that they will be exploring their legal options from here.

Delbert W Ray, President of the Silver River tribe, said he’s worried that this ruling “opens the door to additional Tohono O’odham casinos on county islands in other cities throughout the Phoenix area.”

Pleased with the outcome, the Tohono O’odham Nation is beseeching the state and tribal communities who oppose the new casino in Glendale to discontinue their “misguided challenges”, as expansion of the resort casino will bring more jobs to the area and help boost the local economy.