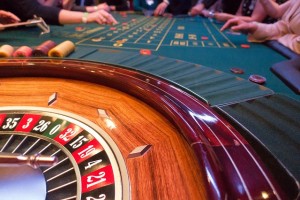 On Wednesday, police finally caught up with a serial conman they believe defrauded two men out of $350,000 at a Las Vegas casino. Mark Thomas Georgantas is scheduled to appear in court in April after being picked up at the Hard Rock Casino on a three month old, $500,000 search warrant.

The Nevada Attorney General’s Office announced the arrest on Friday. Mark Georgantas – who is known by a number of aliases that include Mark Gigantis, Mark G. and Mr. Smooth – faces allegations of persuading two individuals to invest over $350,000 in his so-called gambling skills, then disappearing with the money.

According to court documents, Mr. Georgantas told both men that he was capable of beating casino pit games like blackjack, baccarat, craps and even roulette. He convinced them that his system was flawless and guaranteed – in writing – they would receive their money back, “no matter what”.

The victims, who submitted testimony in front of a grand jury, are Marcelo Caraveo and Evan Rodich. 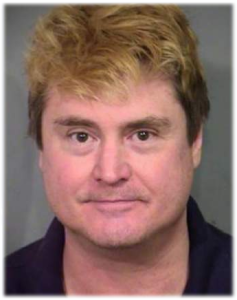 Mr. Caraveo testified that he met Mr. Georgantas though a friend in 2013. He had just sold his home and was looking for a good investment deal. He claims to have been coerced by the conman, who promised profligate gains. The victim thought his $300,000 was safe because he signed a contract guaranteeing he would receive his original investment back if Mr. Georgantas lost it at the Las Vegas casinos.

Marcelo told the grand jury that he never saw the money again.

Mr. Rodich’s case is a bit different, but with the same result. He testified that he met the supposed gambling wizard at the craps tables of the former Las Vegas casino, The Quad (now part of The LINQ Casino & Resort complex).

He stated that Georgantas was “playing extravagantly, and he was attracting a lot of attention to himself.” That drew Rodich’s attention, and when he asked what was going on, “He told me that they took their craps very seriously and they always won at the casinos.”

After hearing of Georgantas’ “flaw-proof system of gambling”, Rodich decided to invest. He testified that a contract was drawn up and signed by both of them, and that a bold-typed portion of it read: “No matter what losses are generated the investor will receive all of his money back.”

But like Mr. Caraveo, Rodich never saw a penny of his $50k+ investment again.

Mark Thomas Georgantas has an extensive history with fraudulent business ventures. The LA Times reported in 2003 that, while awaiting a hearing on charges of “grand theft and conspiracy to defraud”, he and another inmate of the Irvine, CA jail escape through a storm drain, leading police on a two-county chase.

In 2006, he was captured by police while in possession of a briefcase filled with stolen credit card information. Court records indicate that he used that information to make fraudulent purchases on a business.

Then in 2009, he fled the court during a restroom break at his trial, where he was accused of credit card fraud.  He eventually served time in state prison for that one, but after his release, relocated to Las Vegas where he dyed his hair blonde and allegedly took up a new form of defrauding victims at Las Vegas casinos.