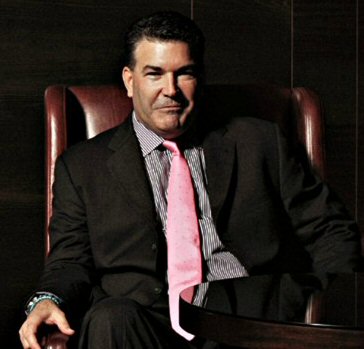 When we think of professional blackjack players with multi-million bankrolls, we immediately assume that a player is counting cards and using highly advanced, strategic calculations to win. Either that, or they are straight out cheating the casino. Neither was the case in 2011 when blackjack pro Don Johnson left Atlantic City $15 million richer.

A long-time professional blackjack player, Don Johnson – not to be confused with the Hollywood actor – is most famous for his Atlantic City rendezvous in 2011, where he used advantage play – not card counting – to break the casinos’ banks. As a high-roller, Johnson was able to negotiate a 20% ‘loss rebate’ with the casinos, as well as a daily $50k incentive just to come in and play. Combined with the use of basic blackjack strategy, his profits were enormous.

He started out at Caesars Atlantic City, where he raked in a colossal $4 million profit before the casino banned him from all of their properties worldwide. Next, he moved onto The Borgata, scooping $5 million from the blackjack tables before he was ejected. But it wasn’t until he broke the Tropicana that his now-legendary advantage play hit the presses.

In May 2011, following the publication of gambling revenue reports by the New Jersey Division of Gaming Enforcement, the Press of Atlantic City revealed that Don Johnson won $5.8 million playing blackjack at the Tropicana, effectively reducing the entire city’s table games revenue for the month of April by 15%.

The casino’s then-CEO Mark Giannantonio – who was subsequently fired from his position afterwards – called Johnson, “the single-largest winner in our history.”

Johnson’s success was based on his solicitation of Ph.D. mathematicians, who helped him to develop the perfect strategy, without the need to count cards. This basic strategy determined every decision he made, always giving him the highest probability of winning with each hand he was dealt. All in all, Johnson was playing with a house edge of just 0.263%.

Blackjack odds aren’t usually quite that good, but as high-rollers often do, he managed to negotiate slightly better rules for his table. Johnson was playing blackjack with a hand-shuffled six-deck shoe, with up to 4 splits and double downs per hand, and the dealer standing on Soft 17.

By logical standards, he should have still lost money with those odds, but it was further tactful negotiations with the Tropicana that led him to shift the house edge to his own advantage. Not only was he receiving exorbitant comps, including everything from high-class accommodations and meals to private jets, as a high-roller playing $100k per hand, he convinced the Tropicana to give him a 20% loss rebate anytime his losses reached $500k or more in a single day.

To top it off, he wasn’t required to play for any minimum amount of time to earn the loss rebate, which is probably what earned Giannantonio a pink slip.

Under such conditions, Johnson was able to reduce his risk from $100k to $80k per hand on losses, while still harvesting $100k per winning hand. The end result of his advantage play was that he’d gained an edge over the house of approximately 2.6%.

All things considered – incentives, loss rebates and rule alterations – with the help of his Ph.D. mathematician friends, he knew he was playing with an expected value of about $175k per day. Johnson also admitted later that he used other tactics, such as creating havoc to induce dealer errors, which effectively increased his EV to about $200k per day.