Any given weekend, you can walk into a land-based casino and find hundreds of people seated among the endless aisles of slot machines, eyes fixated upon the colorful screen. You’re also likely to find a great deal of video poker and blackjack players carefully deciding their hands.

Personally, I like a variety of games, and will base my choice on my mood, but for those with a strict preference, there’s a thick line that separates the two – not just the game types, but the types of players themselves.

A strategic blackjack player might assume that slots players are less intelligent, mindless drones feeding money into the casino, but if you take a look at it from a true slots lover’s mentality, that’s not the case at all.

Yes, video poker machines will give you a higher edge – if you take the time to memorize the indissoluble stratagem that goes along with the exact game being played, and absolutely never vary from that path. The same can be said of blackjack. But that doesn’t make it wrong to prefer slot machines. In fact, some of the most respected industry experts will choose the slots over an incessant, brain-purging thought process any day. 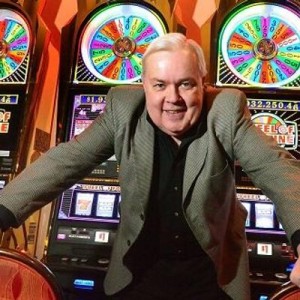 Take, for example, Mr. Darryl D. McEwen. He’s not just a slot machine enthusiast, he’s an expert on gambling with multiple college degrees and years of business experience to back them up. Mr. McEwen is the president of his own company, a regular University guest lecturer, past and present board member to a multitude of corporations and non-profit organizations, and a columnist for Atlantic City Weekly where he’s earned the title ‘Mr. AC Casino‘ by sharing his knowledge of the local gambling industry.

Suffice to say, Darryl McEwen is not lacking in the intelligence department. Yet he prefers slot machines to any other casino game. How could that be?

McEwen answered that question in a recent column, saying simply, “I don’t want to work that hard.” And who can blame him? He works plenty hard during the rest of his waking hours.

He gave an example from a strategic video poker formula he found online that said:

“I have no clue what this means,” confessed McEwen, “but when it takes a formula that looks like it belongs in a college textbook to illustrate the fine points of video poker, I know I’m doing the right thing by sticking with slots.”

McEwen was not ashamed to admit that, like most genuine lovers of the reels, “I’m just looking for some mindless entertainment. I enjoy the colorful graphics, the animation, the videos, the music, the sound effects — even the seats that vibrate and move in sync with the action on the screen.”

He is fully aware that slots offer no in-depth strategy to increase a player’s edge, aside from betting max coins (which he always does). But in the same token, he said, “many of my friends are video poker players and, granted, some of those who read how-to books, take classes and practice regularly on their home computers do very well. Others win and lose at about the same rate I do — and many lose even more.”

So while McEwen admits that some of his video poker playing friends are able to achieve higher payouts than he does, it seems just as many are losing. With so many years of analytical experience in the gambling industry, McEwen alludes to the fact that, despite their stringent use of tactful gameplay, Lady Luck will still prevail at the casino.

“Plus, it takes at least double the amount of play — and sometimes more — to earn the same benefits I get in most player loyalty programs such as Total Rewards and MyBorgata,” continued McEwen.

Like him, most avid casino goers often rely on comp points to produce a profit by offsetting their losses. Perhaps you sent $100 on the slots and walked away $20 lighter, but if that session earned you a free $20 meal ticket and another $10 in free slots spins, that’s a profit in McEwen’s book – and anyone else’s who does the math.