The Seoul-Incheon International Airport [ICN] in South Korea is ranked the 8th busiest airport in Asia, and the 8th busiest in the world in terms of in international passengers. That prestigious classification could rise much higher in 2020, when the new Mohegan Sun Casino project is scheduled for completion.

Reports confirmed today that the Mohegan Tribal Gaming Authority (MTGA), in conjunction with the Korean chemical company, KCC Corp., were granted a license by the South Korean government to build a $5 billion resort casino complex at the Seoul-Incheon Intl Airport.

The casino resort project will be an addition to what’s universally known as “the world’s cleanest airport”, and is expected to boost the local economy, increase tourism and open the doors of employment for a multitude of new job opportunities.

“We are pleased with the Korean Government’s decision to award us the opportunity to help fulfill their vision of driving economic development by growing tourism, creating jobs, and showcasing Korean culture via the integrated resort,” said Bobby Soper, President of the MTGA in a statement. 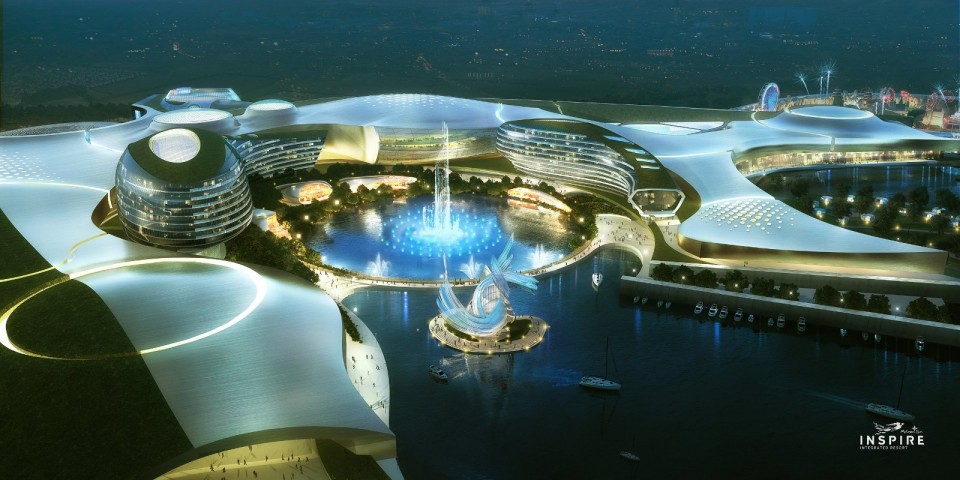 Plans for the new South Korean Mohegan Sun casino resort are immense, and are said to include a 3-tower luxury hotel with 1,350 rooms. The complex will showcase a high-end retail outlet, multiple dining establishments and versatile entertainment venues. Some additional attractions will include an indoor/outdoor Paramount Studios amusement park, and an Eco Adventure Park with multifarious indoor activities like zip-lines, rock climbing, archeology and rainforest experiences.

As for the casino, MTGA confirmed intentions to construct a vast gaming floor equipped with 1,500 slot machines and 250 table games like blackjack, baccarat and roulette.

Chung Mong-Jin, CEO of KCC Corp, was equally enthused at the opportunity to bring the Mohegan Sun resort experience to South Korea. “KCC is thrilled that its partnership with the Mohegan Tribal Gaming Authority has been awarded the opportunity to develop this exciting and transformative integrated resort,” said Mong-Jin.

He went on to say that the new casino complex “will be instrumental in bringing new generations of tourists to Incheon.”

ICN will also benefit from the new resort, of course. In 2014, ICN recorded over 40 million passengers, and is anticipating immense growth with new tourists expected to fly in and out of the airport once the project is complete.

“We deeply appreciate the careful review that the Korean Government has conducted on this bold new initiative for tourism in Korea,” said Incheon Intl Airport Corp. CEO, Chung Il-young. “Its selection of the Inspire project at IBC-II is wonderful news for the Incheon region and will serve as a catalyst for growth in the airport development zone for years to come.”

The MTGA confirmed that the first phase of the project is estimated to cost $1.6 billion, adding up to $5 billion by the time the doors open to the public. The company issued an expected timeframe for the integrated casino resort, planning to break ground in 2017 and host its official grand opening sometime in 2020.

The Native American Tribe currently boasts two major US casinos, including its home-based Foxwoods Resort in Connecticut, and the Mohegan Sun Casino at Pocono Downs in Pennsylvania. The MTGA recently submitted applications to build casinos in New York and Massachusetts, but lost out on those contracts to competitors.