In 2015, online betting firms located (or licensed to operate) in the UK became subject to a new point of consumption (POC) tax. All revenue generated from players within the region would be taxed at 15%, eliminating the former munificence of holding offices in a tax haven like Gibraltar and Isle of Man. Now with the first year under the new law behind us, operators are really feeling the pangs of that lost revenue. 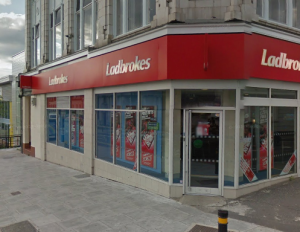 Yesterday, one of the UK’s largest online betting groups, Ladbrokes, reported a loss of £32.2 million before taxes. The company hasn’t posted a loss in the last 10 years, having generated a profit of £37.2 million in 2014. Needless to say, after being hit with a £50 million tax bill, the sting of the new POC law is hitting home in a big way.

Not all of the year’s results were negative, though. Thanks to a strain of constructive negotiations, Ladbrokes is on the cusp of merging with another one of the UK’s largest live and online betting giants, Gala Coral.

Before the merger can take place, both firms must receive the approval of regulators, including the Competition and Markets Authority, and analysts don’t think that will happen until each company sells off more of their land-based businesses. Otherwise, merging two of the region’s most extensive betting retailers could create unfair competition for the rest of the industry.

Gala has already harvested nearly a quarter of a million pounds (£241mm) by selling off 130 of its bingo clubs, and more maneuvers are expected to come from both sides of the merger. However, Ladbrokes doesn’t seem to be profiting from the size reduction like Gala is.

Ladbrokes and Gala are anticipating a preliminary ruling from the CMA by the end of April.

CEO Not Concerned by £50mm Loss

Despite the recorded, decade-low turnaround for Ladbrokes, the projected merger with Gala Coral has stakeholders cheering. Shares on Ladbroke’s FTSE 250 index [LAD] rose 5%, climbing 6.5p to 128.9 during yesterday’s mid-day trading. LAD closed at 129.30 yesterday, and is still rising, listed at 130.80 at time of writing.

“The full-year figures reflect the costs needed to undertake significant investment to deliver the strategy as well as facing circa £50million of increased taxation,” said Jim Mullen, CEO of the online betting group.

Compared to last year, Ladbrokes did generate higher revenue in 2015, increasing 3.2% to £1.2 billion overall. However Q3 and Q4 saw combined revenue boosts of 5%, alluding to an upscaling rate of growth.

“While it is pleasing to report that after two quarters we have made a good start,” explained Mullen, “we are only at the beginning of the journey.”

The financial consultants at Liberum Capital seemed to agree, saying the group’s annual figures were “broadly in line” with previous forecasts, and confirming the “operational improvements” Ladbrokes experienced in the last quarter.