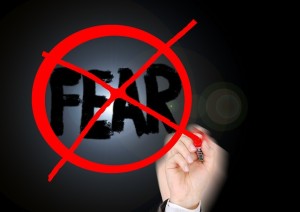 Anyone who reads UK newspapers like the Daily Mail, The Mirror and, more recently, The Times, has probably taken notice of their anti-gambling position. One editorial after another speaks to the vicious harms of fixed odd betting terminals (FOTBs; aka slot machines, poker machines, pokies, etc.) In response, the Association of British Bookmakers (ABB) lashed back with an op-ed of their own to combat the oft-times erroneous information spread by the media.

One article in particular seemed to raise the hackles of the ABB. Earlier this week, The Times published a story about doctors prescribing Naltrexone to patients suffering from gambling addiction. While that part is true, the details that followed were grossly over-estimated and unfounded.

According to the article, the National Health Service, which is already floundering in the financial department, was shelling out £800/month (about £10k annually) per patient to support the program. It was further noted that about 1,000 FOTB addicts had been referred to the Nation Problem Gambling Clinic by their physicians in 2015.

The obvious conclusion for readers was that taxpayers were footing an annual £10 million bill to feed Naltrexone to problem gamblers across the UK.

Linking two facts and allowing readers to draw their own conclusions makes for a great brow-raising story, but The Times’ “investigation” left out some very important details, and drastically stretched the truth.

For example, a 3-month supply of Naltrexone only costs £68 per patient, not the £10,000 per year claimed by The Times. The media outlet also neglected to mention that the medication had only been prescribed to a total of 5 patients, not the 1,000 problem gamblers readers were lead to believe.

It is not even known yet whether the drug is capable of curbing gambling addiction. Its practical purpose is weaning drug and alcohol addicts off there narcotic of choice, including heroin, which medical documentation has proven successful.

Naltrexone works by blocking the brain’s pleasure receptors. Thus if a heroin addict succumbs to cravings, they won’t actually feel the full effects of the drug. This led Australian Senator and former addiction research specialist Richard Di Natale to find “clear parallels between addiction to gambling and addiction to other substances.” Thus the use of Naltrexone was eventually condoned in patients suffering from problem gambling.

The Times did issue a correction to their arguably fear-mongering publication on Thursday, although it was pushed all the way back to page 28.

The ABB was reasonably infuriated by the article, responding with its own op-ed that slammed the newspaper for poisoning the public with “little more than a litany of non-evidenced campaign assertions that lacked any proportionality or reference to evidential sources such as gambling prevalence and health surveys.”

Using real facts from more than 15 years’ worth of statistical data, the UK bookmakers reported that problem gambling is not on the rise, as recent propaganda would lead many to believe. The ABB pointed out that studies have shown less than 1% of UK gamblers can be categorizes as addicts, and that the actual figure declined from 0.6% in 1999 to 0.5% in 2012.

The Times also alluded to an explosion in the number of UK bookmakers and betting shops, when in fact, the number has dropped by more than 300 since 2012.