Life is all about ups and downs, and it would seem the same goes for Australia’s flexible gambling industry. According to ASX, Aquis Entertainment’s Casino Canberra experienced a stellar month in terms of gross gaming revenue (GGR), while NSW has ordered James Packer’s plans for a Crown Resorts Sydney casino in Barangaroo to be scaled back.

One year ago, in January 2015, Casino Canberra raked in $1,131,000 in winnings. While that figure may seem lavishly high to many of us, for a high-profile casino, it wasn’t even enough to pay down the month’s expenses. In January 2016, it’s been a whole new story, with the Canberra Casino nearly doubling its revenue to $2,045,000; a year over year increase of 80.7%.

Comparing the latest results to December 2015 reveals an even more impressive boost in GGR, with yield jumping 120% from $929,500.

Activity at the casino’s pokies and table games was up as well.  Canberra saw 28.2% more action in January than it did in December, and a staggering 92.3% rise from January of 2015.

Credit for the sudden and overwhelming increase in revenue stream must go to business magnate Tony Fung and his company, Aquis Entertainment, which closed on the $6 million acquisition of the flagging establishment in August of last year. 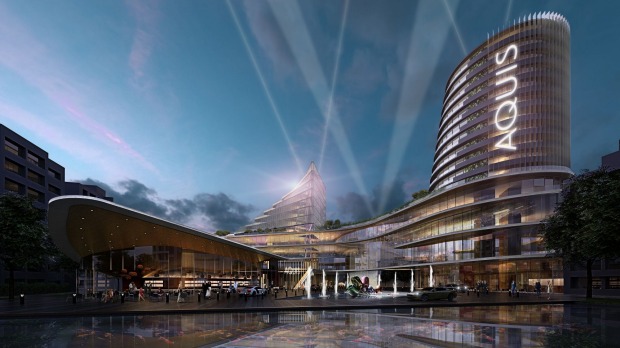 Fung immediately invested $330 million into renovations of Casino Canberra, including the installment of exclusive VIP areas, mass gaming additions, a 5-star hotel and 6-star villa accommodations, a shopping mall, plus new food and beverage outlets. He estimated the refurbishments would bring in an additional 700,000 visitors to the casino each year.

These latest revenue reports indicate his strategy was certainly a good one. And when you consider the game activity rose just 28.2% from December to January, while the yield increased a staggering 120%, it’s fairly obvious that an influx of high-rolling VIPs – likely coming over from Asia, where Macau’s junkets are considered much less appealing these days – had something to do with it.

On the opposing end of Australia’s volatile gambling spectrum, James Packer, owner of the upcoming Crown Resorts Sydney casino proposed on the waterfront in Barangaroo, has been ordered to scale back his plans significantly. 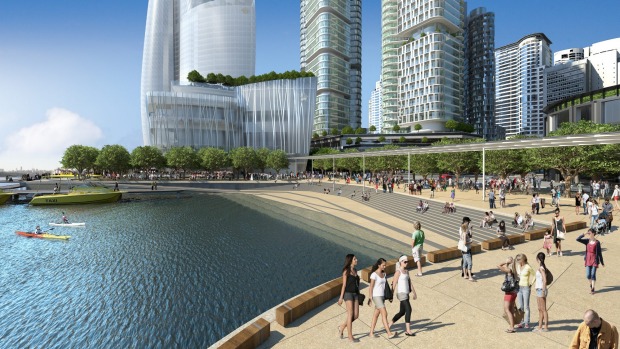 Packer has been lobbying with the government for months now, seeking approval to build an enormous, $2 billion complex that would include a VIP-only casino (no pokies), luxury hotel, upscale residential apartments, retail outlets, a shopping mall and a casino gaming floor. All told, the massive complex is projected to take up about 77,500 square meters along Barangaroo’s waterfront.

But today, the Sydney Morning Herald reported that the NSW Department of Planning again ordered Crown Resorts Sydney and its development crew at Lend Lease to  “reduce the size of the podium for its proposed casino tower and move the podium back from the waterfront, to address concerns the lower floors of the casino will dominate the public space and constrict the harbor walkway.”

Before granting the necessary permits to break ground, NSW also wants Packer to address a number of issues expected to arise, such as “traffic management, heritage impacts and encroachment on public land.”