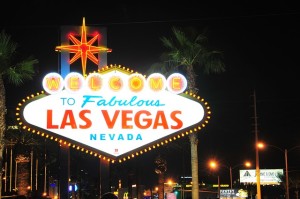 When anyone plans their first trip to Las Vegas, they surely expect a few things. The land of over-indulgence is known for its excessive gambling opportunities, sordid nightlife and has-been performers. When you experience these things, they shouldn’t surprise you. But here’s a list of 10 things you probably won’t expect on your first foray on The Strip.

When booking a hotel in Vegas, you may find what looks to be an awesome deal. The competition is high, resulting in low base pricing, especially on weekdays. Who thought you could get a room on The Strip at a relatively nice hotel for just $50/night? And look at all of those ‘free’ amenities!

Not so fast. Those free amenities, which generally include things like Wi-Fi, safe and daily newspaper in your room, access to the pool and gym, etc., aren’t so free. To cover the costs of those ‘extras’, the majority of Vegas hotels charge a nightly “resort fee” that averages $20 to $30.

What’s that? You don’t need a safe, Wi-Fi or newspaper? You don’t want to visit the pool or gym? Too bad – the resort fee is mandatory, whether you use the extras or not. So that $50 room just got bumped up to as much as $80/night. Read the fine print, my friends…

You knew there were going to be poker machines; thousands of them, of course. It’s Vegas, after all. But the pokies are everywhere, from the moment you step off the plane.

Did you say plane? Yes, I did. Even McCarran Intl Airport is teeming with pokies. You’ll find them at baggage claim while waiting for your luggage to come off the plane, and again at the departure lounges before to fly back home. And of course everywhere in between.

Unlike just about everywhere else in the United States, there’s no law that says you can’t consume alcohol on the sidewalks or streets (as long as you’re not driving!) Grab a beer and head down the road to your next destination – the cops won’t stop you.

Smoke if you Got ‘Em

All around the globe, a no-smoking movement has obliterated the human right to smoke in just about every enclosed public place – but not in Vegas! You can still smoke in the bars, casinos, and hotel rooms.

We Aussies are used to drinking and gambling at the age of 18 and above. If you’re looking to celebrate your 18th birthday, Las Vegas is not the place to do it. In the US you must be 21+ to do either. Your ID will be checked at the door! Anyone under 21 won’t even be allowed to enter a casino or bar.

Unlike the old days, when men wore suits and women wore evening gowns to a Las Vegas Show, there is no longer any written (or unwritten) dress code on The Strip. Yes, that means so long as you’re clothed and have shoes on your feet (flip-lops are banned in some places), you can get in. Unfortunately, for those of us who care what we look like, that means you’ll have to witness the unseemly attire of others along the way.

Is there a Podiatrist in the House?

Every airport, hotel and casino promotes free shuttle services, and there are buses that run constantly along The Strip, but outside of getting from the airport to the hotel, forget about those. You’ll waste hours of time trying to find one with an open seat. The fact is, you’re going to do a lot of walking in Vegas, and you better bring comfortable shoes to do it in or you’ll be screaming for a foot doctor before it’s over. Don’t bother renting a car either – the traffic is a nightmare!

Ten years ago, reviews of Vegas restaurants and buffets were terrible. While some of the cheaper buffets, especially in Downtown, are still questionable, the majority of the food you get on The Strip is actually very tasty. Numerous celebrity chefs have flocked to Vegas, and it’s caused the quality of restaurant food to increase dramatically throughout.

There’s More to Do than Gamble

Gambling may be the highlight of Las Vegas, along with drinking yourself into an immobile stupor, but don’t limit your experiences when there is so much more to do. Zip lines, helicopter tours, roller coasters, desert dune buggies, historical museums, even horseback riding, and if you don’t mind a bit of a drive, check out the Hoover Dam or Grand Canyon while you’re at it.

Vegas Isn’t for Everyone

99% of the globe’s modern population would love to experience a first trip to Vegas, but the fact is, not everyone is going to desire a repeat appearance. Vegas is a very busy, energetic and – oh, yes – expensive place to be. Some will find the gambling boring, the shows overcrowded or the excessive walking unbearable. But if you have a realistic idea of what you’re stepping into, chances are you’ll become one of the majority who absolutely love Las Vegas.