Only three US states have legalized and regulated online gambling, each with some unique rule sets. Nevada offers online poker only. New Jersey said no to interstate player pooling (for now). Delaware said the first $3.75 million in annual revenue gets taxed at 100%. For iGaming operators, Delaware’s distinction is clearly the worst of all. 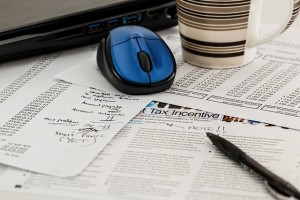 The Diamond State is home to less than 1 million people, and therefore has the lowest potential for generating any significant online gambling revenue. But when state officials first legalized and launched iGaming sites in 2013, they predicted a $5 million annual return.

Thus, to guarantee the state collected enough revenue to substantiate its decision to regulate the activity, they chose to stipulate that the first $3.75 million collected each year would belong to the state. Any excess would be taxed at a more reasonable rate, proving each operator with a profit.

Unfortunately for those operators – which include Delaware Park, Dover Downs and Harrington Raceway; all partnered with 888 – the last two years haven’t seen enough action to come anywhere close to exceeding the $3.75 million mark.

As a result, none of them have seen a single penny by way of online gambling profits. If the latest revenue reports from the Delaware Lottery can tell us anything about the future, they shouldn’t be expecting to earn money anytime soon, either.

The DE Lottery has issued monthly revenue reports from its online gambling market ever since its sites went live on October 31, 2013. But instead of seeing an annual increase in revenue over the first two full years of operation, the state’s iGaming market seems to be moving backward.

For 2014, Delaware reported an overall harvest of $2.1 million. That figure wasn’t even close to the amount needed to put money back into the pockets of the casinos operating the online gambling websites, but it did incite hope that 2015 would be a better year.

Unfortunately, that hasn’t been the case. Although Delaware did see a spike in yield for the month of December 2015, relative to the same month in the previous year (rising 7.4% from $169,600 to $180,110), it wasn’t enough to offset the overall reduction in annual revenue.

In 2015, Delaware’s online gambling sites only pulled in $1.8 million, dropping 14% from the previous year.

Can Anything Turn Delaware iGaming Revenue Around?

There’s no big potential for the online casino market to grow much larger in Delaware, but the online poker scene could be a lot more fruitful if only there were more players to compete with. That being said…

There are only two potential things that could occur to bring the Diamond State’s iGaming revenue up high enough to possibly deliver a profit to its operators. One would be signing an interstate compact with New Jersey, like it has already done with Nevada. The other would be signing a compact with Pennsylvania, but of course that requires the Keystone State to move ahead with regulation.

Realistically, the only way the first will happen is if the latter occurs as well. NJ has steered clear of interstate compacts thus far, ostensibly because its market doesn’t stand to gain much from teaming up with the 0.9m-population of Delaware or 3m-population of Nevada.

If Pennsylvania entered the fray, however, bringing a 12m-population onto the scene, NJ (9m-population) might decide to partner with PA, which could result in much needed player pooling compacts between all 4 states.