The Australian Open got underway last week, and while the majority of sentiments surrounding the prestigious tennis tournament are that of excitement and anticipation, there’s an ominous undertone that cannot be ignored. Accusations of match-fixing – both past and present – abound, and with heavy suspicion at heart, some online bookmakers chose to cease action on a particular event. 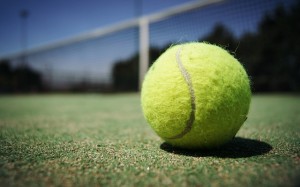 On Sunday, January 24 – Day 7 of the Australian Open – the mixed-doubles team of Lukasz Kubot of Poland and Andrea Hlavackova of the Czech Republic were scheduled to face off with Spaniards Lara Arruabarrena and David Marrero. It was just one of over 550 matches scheduled for the first week of the tournament; nothing special, right?

But the evening before the match was to take place, statistical observers at Pinnacle Sports noticed something very strange about the upcoming contest between Kubot/Hlavackova and Arruabarrena/Marrero. It had received a few alarmingly high wagers, well above the action being received on all other first-week match-ups.

In swift response to the suspicious betting patterns, the online bookmaker chose to immediately cease the acceptance of further action on the match.

“We saw a small number of people placing a large amount of money,” Marco Blume, a representative of Pinnacle Sports, told the New York Times. “In context, these matches are rather small. That means that any aggressive betting behaviour is very easy to detect on our side.”

Pinnacle did not divulge any precise figures to back up their claims, but Betfair did. Another UK-based online bookmaker, Betfair revealed the match had attracted $25,000 worth of bets, all favoring Lukasz Kubot and Andrea Hlavackova to win. In contrast, the other 554 week-one matches were averaging less than $1,000.

Due to the highly suspect aura of match-fixing in the mixed-doubles contest, bookmakers stopped accepting action on the match approximately 13 hours prior to its start time.

Then – coming as no real surprise to the online bookmakers who flagged the match – it took Kubot and Hlavackova just 49 minutes to eliminate their Spanish competitors, 6-0, 6-3.

The winning duo denied any knowledge of match-fixing that may have taken place, while the losers – Lara Arruabarrena and David Marrero – defended their severe loss as being perfectly legitimate.

Marrero contended that he had put forth “100 per cent” effort, but in the same breath, contradicted that claim by stating he feared aggravating a pre-existing knee injury that could potentially prevent him from playing tennis for months to come.

A doubles specialist ranked #32, Marrero basically said that he was preserving his top game for more important matches in the Australian Open, describing this mixed-doubles match as “important, but not as important, you know?”

Arruabarrena, ranked #33, backed up her partner’s claims, telling the media they had expressed concerns over the injury to their coaches, doctors and other Spanish players in the tournament.

It was also noted that, had Arruabarrena and Marrero not played in the match, they would have been ineligible to receive the £2,250 purse awarded to the loser.

“Someone had to know this,” argued Arruabarrena, obviously suggesting that the abnormal betting pattern was simply due to punters who had knowledge of the pre-existing injury, thus placed heavy wagers on Kubot and Hlavackova to take the match.

The winners insisted they felt no hint of match-fixing as the contest took place. “Yes, they were trying 100 per cent,” Kubot stated. “We were trying our best and we won the last match.”

The Tennis Integrity Unit (TIU) is currently investigating the matter, but as policy mandates, all information will remain confidential “until and unless there is a sanction determined.”