Across the globe, more and more countries are developing regulations to authorize and license internet gaming, with the primary goal often being to curb illegal online gambling activities from offshore operators. Lithuania is one such jurisdiction, but most analysts are questioning whether their methods have been so restrictive that they’ve effectively doomed their own iGaming market to failure.

Last summer, Lithuanian President Dalia Grybauskaitė signed a new gambling reform law that went into effect January 1, 2016. According to the new law, no online gambling operator may accept players from within the nation’s borders without first obtaining a license from the Lithuanian Gaming Control Authority (GCA).

It should be noted that the President’s intention was not to expand the gambling services of Lithuania, but quite the opposite. The genuine reasoning behind the legislation was to put a stop to illegal online gambling. 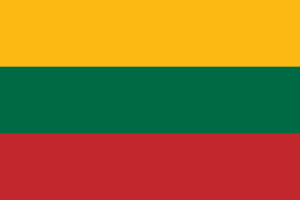 As of January 1, any internet gaming company that is not licensed in Lithuania, but continues to accept deposits and real money play from its citizens, will face “severe action” from the GCA, including substantial fines.

“These changes to regulation have been widely publicized and will be strictly legally enforced,” said GCA Director Virginijus Dauksys. “Gaming operators need to be licensed to operate in the Republic of Lithuania.”

As part of the new gambling reform, the government now requires all financial institutions, including banks and payment providers, to halt the acceptance of payments between illegal online gambling websites and anyone physically located in Lithuanian. In addition, local internet service providers (ISPs) are required to block access to such websites.

The GCA has already come up with a blacklist of unlicensed operators that ISPs are legally bound to block. That list is expected to grow significantly as they seek to impede “gambling operators who organize remote gambling illegally and target the Republic of Lithuania.”

With pressure from the European Union (EU) in 2013 to regulate online gambling, Lithuania undertook the task with trepidation. The nation’s leaders had no desire to see gambling expand throughout the region, thus the new regulations were written with highly restrictive context.

In order to obtain a license to operate an online gambling site that accepts Lithuanian players, the company must first be incorporated in the country, and achieve a share capital of €1.1 million or more, comparable to the recently invoked iGaming laws of Belgium.

In line with the laws of three US states (Delaware, Nevada and New Jersey) where internet gambling is regulated, they are also required to partner with one of the existing land-based casino operators in the country.

Making the market even less attractive to operators, at the time of enactment, President Grybauskaitė made it unequivocally clear that online gambling will not be promoted in the country, and that expansion will be firmly controlled.

With so many restrictions and the inability to promote services, there’s obviously been no rush from competitors to access the newly regulated Lithuanian iGaming market

Although the window to licensing opened January 1, 2016, an anonymous spokesperson for the GCA said last week that only one application for licensure had been received. It is not known at this time which company applied for licensure.