As always, the Australian Federal Government needs money. At the moment, a vast portion of each state’s budget comes from gambling, particularly on poker machines. But as officials attempt to curb pokies addiction, that revenue is expected to take a perceptible plunge. What better way to make up for it than by taxing intangible, digital goods from overseas, such as social gaming and mobile gambling apps? 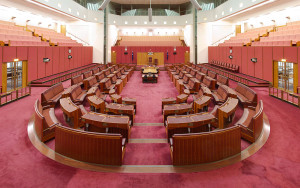 Legislation was drafted earlier this year that would alter Australia’s Goods and Service Tax (GST) in two major ways. First, it would extend GST to intangible goods/services purchased by Australians from overseas – dubbed the ‘Netflix Tax’. It would also abolish the exemption of GST on imported goods valued below AUD $1,000.

That first modification would have a supreme impact on the Australian community, as the majority of us procure some type of immaterial goods or services via computers, mobile devices and/or tablets. Online and mobile gambling apps are extremely popular, as are in-app purchases within social gaming apps.

While the customers wouldn’t be directly charged with a tax for making a deposit at Royal Vegas Casino, or purchasing upgrades for Clash of Clans, there’s every probability in the world that they will feel the impact of the proposed GST extension, should it go into effect.

Offshore online gambling operators and app download services would be responsible for paying the new levy, but they would surely pass the additional cost—likely to comply with the current 10% GST standard—on to the consumer. The former could boost commissions where applicable and deflate promotional materials, while the latter can simply increase the price of apps and IAPs.

For instance, interactive sportsbooks charge a commission fee, or ‘juice’ on all winning bets. At present, most sportsbooks collect an even 10% off the top, but that could rise if the Australian GST proposal succeeds. Likewise, internet poker rooms can simply hike the rake rate and tournament fees, while online casino operators would be compelled to cut back on bonuses, loyalty rewards and other promotions.

If the proposal were to pass—going into effect on or before July 1, 2017—the road ahead for effected markets would be a strenuous one. Such companies, which are currently operating above the arm of Australian law, would at least be required to submit applications to the government, succumb to financial reporting obligations, and provide tax returns.

Those who don’t wish to assume the responsibility would be obligated to cease acceptance of Australian punters.

In all likelihood, the end result would be comparable to the 15% POC tax and licensing requirements currently imposed by the UK Gambling Commission.

Back in May, when introducing the new budget plan, the Australian Federal Government made it clear that a proposal to adjust the GST was forthcoming. In August, former Australian Treasurer Joe Hockey made good on that promise, introducing the proposal to extend the GST to intangible oversees goods and services.

Thus far, it remains nothing more than a piece of draft legislation, with no formal bill being scripted.

As for the probability of a bill, followed by passage, it’s hard to say. Since September, many new faces have graced the Federal Ministry, including Scott Morrison, who replaced Mr. Hockey as Treasurer, and the new Prime Minister, Malcolm Turnbull.

PM Turnbull made clear his intentions to keep tax reform “at the centre of our efforts”, but whether that focus still includes extending the GST to services like social and mobile gambling apps is uncertain.