With proper licencing, live and online sports betting is a legal activity in Australia. However, there are restrictions on the types of wagers punters can place. For years, in-play sports betting has been prohibited, and while some online sportsbooks think it should be legalised to curb competition from unregulated offshore operators, others believe it would be more prudent to welcome the competition by taxing the offshore gambling sites. 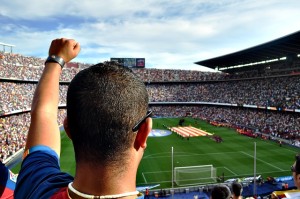 For many licensed sportsbooks throughout the country, the authorisation of in-play sports betting just makes sense. SportsBet, one of the region’s largest online bookies, is a foremost advocator of legalisation.

Earlier this week, the sportsbook issued a formal request to the government imploring officials to abolish the current ban on in-play wagering. Due to the activity’s current prohibitive status, SportsBet believes many Australian punters are simply registering accounts with offshore websites that aren’t regulated by the government in order to gain access to this popular betting format.

SportsBet argues that, just because Australia doesn’t want its residents having access to in-play betting due to the risk of increased social harm, doesn’t mean that Australians won’t find those bets elsewhere. Not only is this a bane for online sportsbooks who are licensed in Australia and find it difficult to compete with more variegated services overseas, it means the government isn’t collecting any taxes on the multitude of bets being placed with offshore operators.

In a statement, SportsBet said:

“Blanket gambling prohibition does not work in the digital age. Measures to address the increasing threat of offshore operators without addressing the root of the problem and the fundamental reason why Australians are betting offshore: access to the in-play product via mobile devices and the internet – will not achieve the outcome the government is seeking”.

On the opposing side of the argument, Clubs Australia, which represents local, live gambling operations—who are also notably forced to compete with offshore gambling websites—is in full support of the ban on in-play betting.

The organisation is particularly opposed to the argument of online sportsbooks, and maintains that lifting the ban based on that criteria would be doing so for the wrong reasons.

“Any suggestion that further regulatory concessions, such as live in-play betting, are warranted due to competitive pressures from illegal offshore wagering operators should be dismissed,” read a statement from Clubs Australia.

In a counter request, the organisation is asking that the government follow in the footsteps of the UK, requiring offshore gambling sites to apply for a gaming license in order to accept Australian punters, and pay a 15% tax on all local wagers.

For regulators, it’s not so much a question of whose argument is right or wrong, but how to best protect the citizens of Australia. It’s no secret that the nation suffers from the largest gambling problem per capita in the world, and for years the government has tried to impose laws that will help to curtail the prevalence of addiction, while still generating enough revenue from gambling to fund state and local budgets.

Problem gambling counseling agencies believe in-play betting is too closely aligned with impulse betting; said to be one of the most common instigators of compulsive behavior among gambling addicts. It puts regulators in a tough position, which might explain why the issue has remained stagnant for so long.