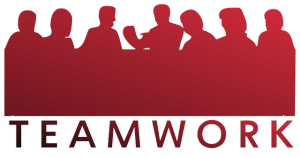 Illegal online gambling operators beware! Clubs Australia and the US-based American Gaming Association (AGA) have joined forces. After determining illegal gambling sites open too many doors for money laundering and the funding of terrorist activities, these two organizations have vowed to tackle the problem in a cross-continental campaign.

Anthony Ball, Executive Directive of Clubs Australia, believes that the only way to combat the growing issue of illegal online gambling operations is to take an international approach to the problem; hence the enlistment of the AGA.

“What we have had with the advent of the internet and online gambling is activity on phones and tablets that is unregulated,” said Ball, comparing the situation to the lawless days of “the Wild West.”

He went on to describe the nature of these illegal operations. “You have companies who operate in tax havens internationally providing these services to Australians illegally,” said Ball.

According to statistics, Australians spend as much as $4 billion at illegal online gambling websites, while Americans are estimated to spend $1.2 billion. Ball is particularly concerned that an untold amount of the money being siphoned into these unlawful gambling sites is being laundered, and/or used to fund terrorism.

AUSTRAC, the financial intelligence agency of Australia, issued a report just this week, indicating that ‘suspicious money transactions’ relating to terroristic activity has risen by 300%.

Ball pointed out that Australia’s licensed clubs and other gambling operators abide by a vigorously mandated set of regulations devised to minimise the risk of money laundering activity and the financing of terrorism.

“On illegal offshore gambling sites there is a risk there that is not being managed and the AUSTRACs of the world that regulate these transactions don’t have visibility on any of those,” said Ball.

He confirmed that Clubs Australia will be “speaking and writing to” the heads of Australia’s financial institutions, “telling them they shouldn’t be” facilitating transactions with these types of operators. “And, if they are, to stop it as they are enabling an illegal transaction,” said Ball.

The organization is clearly out for blood, having enlisted the help of the AGA, a national trade group that represents licensed gambling businesses in the US, and the more than 1.7 million workers employed by them across 40 states. The AGA has sought to undermine illegal gambling websites for years by promoting iGaming regulation throughout the United States, thereby giving states authority to license and monitor all activities.

For now, the AGA and Clubs Australia will strive to provide a comprehensive list of known illegal gambling websites to governments around the world, insisting that they be closed down by their respective authorities. Additionally, the organizations intend to put pressure on global governments to increase their efforts to thwart operators of illegal online gambling.

“It is tough,” said Ball, “but governments need to be committed to regulating the space.”