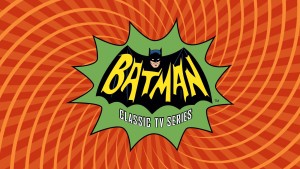 As any die-hard DC comic fan has already deduced, the new Batman: Rogues Gallery Slot is based on all the villains of the original TV series. The slot machine features the blue-caped crusader, Batman, of course, along with The Joker, Penguin, Catwoman, The Riddler, Mr. Freeze and King Tut (with their presence on the reels valued in that order).

Batman: Rogues Gallery is destined to be a huge hit with casino goers, in more ways than one. Its theme alone will be a big draw for slots players, plus Aristocrat chose its famous Behemoth cabinet to encase the new game, delivering “the industry’s largest 84” ultra high-definition LCD portrait monitor”. It’s fully loaded with 5.1 stereo surround sound, a dual bench for paired gameplay and features an ergonomic design for ultimate player comfort.

Aristocrat also made the new Batman slot available in its award-winning VERVEhd cabinet, which is designed for single players, but features the same panoramic digital audio and ergonomic comfort, all packed into dual 21.5” HD screens that converge into a 31.5” portrait monitor. 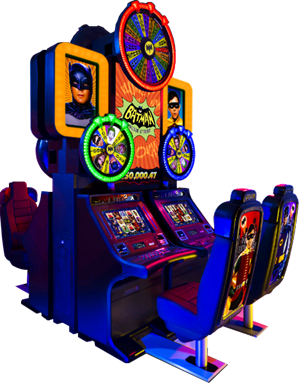 Help Batman take on all of the classic villains as you spin the 5×4 reel set with a minimum and maximum bet range of $0.01 to $20. Don’t worry about activating pay lines; this slot automatically pays all ways, in all directions, with winnings calculated according to the total bet. As an added bonus, throughout the game, various accomplishments will trigger cinematic clips from the original television series.

Wild: If you hadn’t guessed yet, The Joker is the Wild in Batman: Rogues Gallery Slot. He only appears on reels 2, 3 and 4, and will take the place of any other symbol (except Scatters) to create the best possible winning combination.

Scatter: The Batman logo is the Scatter, and awards 8, 15 or 20 free spins for landing 3, 4 or 5 Scatters respectively in any position on the reels. If The Joker appears during free spins, the payouts are multiplied by 2x or 3x. More free spins can be retriggered during a free spin phase, at a higher rate than in the base game. At this time, even if just 2 Scatters land on the reels, it’s worth 5 more free spins.

The inner wheel can award either credits (usually a few hundred), or 1 to 5 ‘Batman Added’, which adds a Batman symbol to the top of 1 or more randomly selected reels. The outer wheel can also award credits, or cause 1 to 5 reels to grow. The Reel Growth feature causes the set number of reels to expand upwards into two additional positions. Thus the Batman slot can display up to a max 5×6 reel set.