The poker machines at the local pub have their maudlin appeal, but it’s becoming more and more apparent that the big jackpots aren’t found up the street, or at the downtown sports club. You may hit a 3- or even 4-figure win there now and again, but if you are looking for bigger, more frequent payouts, they are striking with frightening abundance at online pokies sites these days.

Even more interesting is the fact that the vast majority of the online pokies wins came from slot machines at Fortune Lounge’s Royal Vegas Online Casino. Not only is Royal Vegas a sweltering hot spot for jackpots at the moment, it’s one of the oldest and most trusted internet gaming destinations ever launched into cyberspace, established at the turn of the millennia (2000). 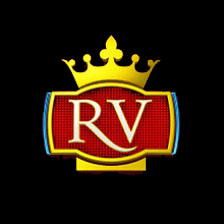 Of the 10 poker machine jackpots struck last week on Fortune Lounge Group’s member sites, Royal Vegas was responsible for 6 of them. Even more amazing, three of those huge payouts went to the same player on the same day. Known only as S. M., this ultimately fortuitous pokies fan walked away with a total day’s earnings of €142,296 (AUD $220,472).

Below is a complete breakdown of all the 5- to 6-figure online pokies wins experienced by members of Fortune Lounge Group casinos from Oct 20-25, 215, and the online pokies that released those massive prizes.