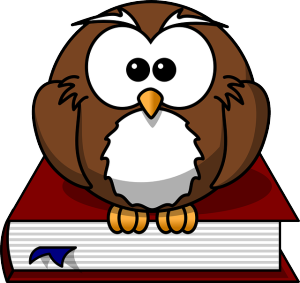 Poker machines are so incredibly popular throughout our great land, I’m somewhat surprised they haven’t come up with a Trivial Pursuit™ game themed around nothing but pokies in Australia. But if they ever do, the following list of interesting and little known facts just may help to peg a win in your column.

Travel to any one of the 8 states and you’ll find poker machines are legal to play somewhere, and they have been for a very long time.

The first state to legalize these gaming devices was NSW, passing the necessary legislation in 1956. The ACT followed suit 20 years later in 1976. Queensland and Victoria passed pokies laws in 1991, trailed closely behind by South Australia in 1992. Tasmania joined in the fun in 1997, and the Northern Territory in 1998.

Western Australia went a different route, initiating a prohibition against poker machines at pub, clubs and hotels with passage of the Gaming Commission Act of 1987. They are only legal at the state’s sole casino, Crown Perth.

The popularity of pokies in Australia is evident by the sheer volume; home to the largest number of poker machines in the world. There are approximately 196,900 pokies in operation throughout Australia. Breaking down those numbers, the highest amount are found in NSW (95,012), Queensland (46,663) and Victoria (28,860). Comparatively speaking, our neighbors in New Zealand have just 16,440.

Evaluating the number of pokies in relation to population, that means there is 1 poker machine for every 114 Aussies.

In the 2013-14 fiscal year, Australia pulled in a whopping $11 billion in pokies revenue throughout pubs, clubs and hotels alone. The tax coffers throughout the land overflowed with $3.2 billion of that, accounting for 5% of annual collections.

Additionally, an estimated $1.5 billion was hauled in by the gambling devices at Australian casinos.

The city of Fairfield, NSW generates the highest amount of revenue from poker machines in the country.

As with so many things in life, with the good comes the bad. Being home to the largest number of pokies translates into having the highest problem gambling population in the world. In 2010, the Productivity Commission estimated there were 115,000 problem gamblers in Australia. That figure accounts for 0.52% of the total population (22.03 million est. 2010).

In Western Australia, where pokies are only legal at Crown Perth casino, the number of problem gamblers is one-third that of the rest of the country.

Although we love our poker machines, most Australians believe responsibility is the key to a safe and enjoyable experience for all. A survey conducted by the Australian National University in 2011 revealed that the vast majority of Aussies support pokies reform.

70% agreed that “gambling in Australia should be more tightly controlled”, while 74% believed players should be “limited to spending an amount they nominate before they start gambling” (i.e. pre-commitment plan).

While reform is a major issue, 67% also agreed that “people should have the right to gamble whenever they want”.