Writing a memoir is a lot of work. It takes time, elegant literation, meaningful accounts and, above all, a strong recollection for past events. Unfortunately, that’s something former Labor MP Peter Garrett seemed to have lacked when writing his autobiography, Big Blue Sky. The end result is a massive defamation lawsuit from Clubs NSW against the ABC.

What do a former politician, pokies venue operator and television network have in common? It all relates back to the contents of an upcoming documentary set to air next week on the ABC entitled, “Kaching! Pokies Nation”.

Let’s start from the beginning… 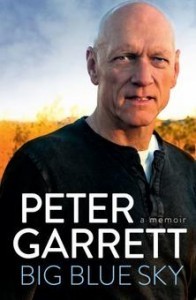 Once Mr. Garrett left office, he began writing his memoirs. The book, Big Blue Sky, hit the shelves on Tuesday, but not before a quick correction slip was amended to the text. You see, he had written that back in 2004, during a new candidate event prior to that year’s elections, he had been handed “an envelope containing a cash donation” from “a representative of ClubsNSW”.

The former MP told the exact same story to the producers of the “Kaching!” documentary.

Then, out of the blue, but prior to the release of the book or airing of the documentary, the former PM issued a public retraction of his mysterious “cash envelope” claim.

He informed the publishers of Big Blue Sky, Allen & Unwin, who inserted a correction slip into the book before it made its way to market. He then notified the producers of “Kaching!”, who are reportedly editing out that portion of the footage, but according to Clubs NSW, the damage has already been done.

Last week, the ABC’s 7.30 television and PM radio programs ran a story on the upcoming documentary in which Garrett’s potentially slanderous comments were aired. The former Labor MP clearly voiced that he had received a cash envelope from Clubs NSW that contained, “hundreds, if not thousands of dollars”.

To make matters worse, Leigh Sales, host of 7.30, implied that the alleged event could have been a “possible bribery attempt”.

Clubs NSW immediately went into damage control mode, demanding that the ABC retract the story and apologize. Unwilling to do either, the ABC was quickly beset with a lawsuit for defamation of character.

Anthony Ball, chief executive of Clubs NSW, explained that the ABC was already aware of Mr. Garrett’s admitted confusions and ensuing retraction prior to running last weeks story, but chose to run it anyway.

“We considered the initiation of legal proceedings very carefully before coming to this decision,” said Ball, “and only decided to proceed once the ABC refused to issue a retraction or apology.”

Furthermore, according to the public retraction by Peter Garrett, which appeared on his website under Media Statements on October 7, 2015, instead of receiving cash, the envelope in question contained “a cheque made out to my federal electorate council.”

Ball refuted that claim as well, stating that Clubs NSW “did not make or offer to make a contribution to Mr. Garrett or his electorate council.

“There was no cash, no cheque, no EFT transfer. Neither Mr. Garrett nor the ABC have any evidence to the contrary because this alleged incident never happened,” insisted Ball.

“ClubsNSW makes donations within the law and they are fully declared,” he continued. “Any suggestion to the contrary is defamatory.”

He went on to clarify on behalf of Clubs NSW “that there had been no contact between ClubsNSW and Mr. Garrett between his original allegations and his retraction of them,” assuaging inevitable rumors that the former MP was strong-armed into retracting his initial ‘cash envelope’ claim.