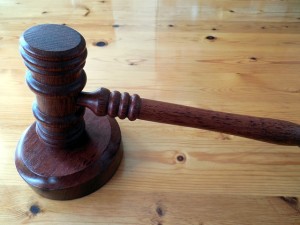 The Yaralla Sport Club in Barney Point, Queensland is a popular destination for adults seeking a bit of gambling entertainment. That’ exactly what one woman was hoping to find when she visited the pokies club in May, but instead, she became a victim of theft when another opportunistic female patron snagged her car keys.

According to police reports conveyed to the Gladstone Magistrates Court, the victim, who went unnamed by the media, was playing a poker machine at the Yaralla Sport Club on the evening of May 25, 2015. She took a short break, leaving the machine for just a few moments, but in doing so, left the keys to her car on the slot cabinet.

By the time she returned, the keys were gone.

Upon investigation of the pokies club’s CCTV, the surveillance video clearly showed one Ms. Ronnie Raphee Hasem approaching the poker machine, taking the keys and making her way to the carpark.

Sergeant Barry Stevens testified that Ms. Hasem then proceeded to use the key’s mechanical device to find the car, unlock the doors and enter the vehicle. The 35 year old woman from Tannum Sands then rifled through the car for a moment, absconding with a Telstra wifi-dongle.

Prosecutors succeeded in their pursuance of restitution of $505 to recover losses to the victim, which included the $330 value of the car key device and another $175 for the wi-fi dongle.

After succumbing to charges of theft and unlawful entry to a motor vehicle, Ms. Hasem found herself facing the Magistrate yet again this month. She was picked up by police a few months later, at which time she was found to be in possession of drug paraphernalia.

Police officers from Gladstone ran across the 35 year old woman on September 14 at approximately 1am when she flagged down a police car on Dawson Highway by mistake. Reports indicate she thought the vehicle belonged to a friend who was supposed to be picking her up.

The officers noted that her demeanor was irregular. She seemed very nervous, the officers told the court. One policeman pointed out that she had no handbag, questioning whether she might have left it behind at the service station, but Hasem confessed that she had hid it in the bushes next to the road.

Finding reasonable cause to search the handbag due to Ms. Hasem’s suspicious mannerism, further inspection revealed a pipe that had been used to smoke marijuana.

In Ms. Hasem’s defence, attorney Jun Pepito based the defendant’s inappropriate actions on distress stemming from the recent dissolution of a 14-year relationship, which resulted in her loss of a high-paying job on Curtis Island.

Magistrate Jason Schubert felt little sympathy for the woman’s actions, calling her theft of the car keys, entry to the vehicle and ensuing theft of items that did not belong to her “brazen”.

Schubert noted that the previous fines she received for the pokies club theft earlier this year had done nothing to assuage her criminal activities. He delivered a sentence of 8 months supervised probation and 40 hours of unpaid community service, which must be completed within 4 months’ time.