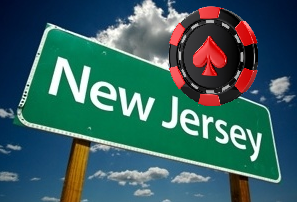 If history is any indication, the tides are about to turn drastically in the New Jersey online gambling market. On Wednesday, regulators finally gave the word poker fans across the state have been waiting two years to hear. PokerStars and sister site Full Tilt have finally been approved to launch online poker and casino websites in New Jersey.

The Division of Gaming Enforcement (DGE) said it has approved the application of parent company Amaya Gaming to provide PokerStars and Full Tilt brands to players within the state’s borders. PokerStars is already partnered with Resorts Digital, the interactive arm of Resorts Casino Hotel in Atlantic City, thus it shouldn’t take long to have gaming website up and running.

All told, the state currently caters to 17 online gambling website, with 13 of them being online casinos, the other 4 poker sites.

The presence of PokerStars in New Jersey is expected to ignite a much larger player base than the state has been able to attract with its existing online poker operators, which include Party Poker and Borgata Poker on the PartyBorgata network, and WSOP.com and 888Poker on the WSOP/888 network.

Online gambling first began in New Jersey in November of 2013. The initial response was strong—albeit well below projections—but quickly tapered off with complaints of software glitches and unreliable payment processing.

The first full year of operation brought in $122 million, and as traffic slowly but steadily rises, the first 8 months of 2015 generated $96.7 million, on track to deliver $144 million by end of year. That would represent an 18% increase year over year.

But as state officials and industry experts have averred, the addition of PokerStars will have a resounding impact on the popularity of online gambling in the Garden State. Prior to Black Friday, the operator attracted about 90 million users on a daily basis, the vast majority of which were American customers. Those numbers have since dropped to 15 million, but still represent the largest online poker operation in the world by far.

None could have been more pleased by the news than David Baazov, CEO of Amaya Gaming, although he’s maintained all along that PokerStars and Full Tilt would be approved to operate in New Jersey.

“We look forward to bringing our popular brands, innovative technology, marketing prowess and world-class security and game integrity to the growing New Jersey online gaming market,” he said in a statement following the announcement.

A spokesman from Amaya also revealed that the company intends to deposit $400,000 into a trust fund in New Jersey so that residents who still have unclaimed balances dating back to Black Friday “may reclaim them”.

PokerStars Live Events return to US?

The North America Poker Tour (NAPT) was immensely popular in its heyday, but vanished from the region with the eradication of PokerStars from the US in 2011. Recent events have fueled speculations that the NAPT, or something similar, will be reinstated.

Those rumors were heightened by a comment made by a member of the Amaya team who Tweeted that his new job title was going to be “Live Events Manager, North America”.

No Timeline for PokerStars New Jersey

All in all, the only disappointing factor in this story for online gambling enthusiasts in New Jersey is the lack of a timeline. A spokesman for Resorts Casino said he did not know when PokerStars or Full Tilt would be prepared to launch, and if the live events rumors are true, there’s no telling how long it will take to established them.

None the less, this is certainly a time for celebration among NJ’s online gambling community!