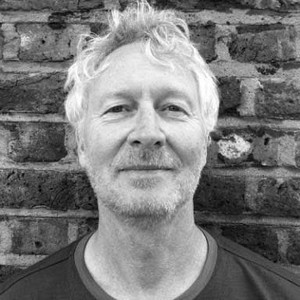 Some say poker machines are just another form of entertainment to be had while enjoying a night out on the town amongst friends. Others are vehemently opposed to pokies as one of Australia’s most harmful addictions. Neil Lawrence, a giant of the advertising industry whose untimely death shocked the nation, explored the nature of these gambling devices in a documentary that will air next month.

Lawrence was working on the poker machine project, entitled Ka Ching!, and had just completed filming before his unexpected and tragic demise in July. Out of respect to his family, no specific details were released surrounding his death aside from that fact that it occurred during a holiday surfing excursion in the Maldives.

The 61 year old advertising kingpin was the principal of his own company, Lawrence Creative Strategy, and has been heralded as the mastermind of several major and indubitably successful ad campaigns, including Kevin 07, Quinta brand’s “Feels like home” creative and an effective “Keep Mining Strong” campaign by the Minerals Council of Australia that opposed a super tax on resources.

Lawrence has been working closely with the Australian Broadcasting Corporation (ABC) for quite some time now, and was a regular panelist on the network’s Gruen series. As such, it should come as no surprise that his recently completed documentary on the inside world of poker machines will be broadcast by ABC in October.

Ka Ching! Inside the World of Poker Machines

Produced by Neil Lawrence and Mitzi Goldman, and directed by Jane Manning, Ka Ching! takes viewers into the belly of the pokies world. The documentary includes interviews with everyone from the industry’s developers – those responsible for programming the algorithms of the games and designing the encasements and immersive graphical themes – to experts in the field of neurological studies who explain why poker machines can be so addictive for certain types of people.

“For the first time, industry insiders go on the record to explain how these sophisticated machines combine graphics and musical elements with complex mathematical algorithms to keep punters hooked,” reads a statement from ABC detailing the finer points of the upcoming documentary.

“Hear from game designers, mathematicians and composers who’ve designed hundreds of machines, as they break the silence around this highly secretive industry. Their testimonies are supported by world-leading neuroscientists, who take us into the lab to show how these machines work on our brains, leading some researchers to call them ‘the crack cocaine of gambling’ and ‘electronic morphine’,” said the network.

Throughout his career, the works of Neil Lawrence have had a significant impact on political matters. After his passing, Dee Madigan, a fellow Labor ad strategist, commended his electoral campaigns.

“Neil wrote some of the best political advertisements. His work on the 2009 Lawrence Springborg ad is one of the very few election ads which actually changed the result,” said Madigan.

Australian lawmakers are currently debating poker machine reform throughout multiple territories, considering whether to increase taxation and/or reduce the number of licenses available to hotels, pubs and clubs. If the success of Lawrence’s previous creatives is any measure, Ka Ching! could incite a public response strong enough to light a proverbial fire under the rear-ends of legislators who have been dragging their feet on the issue for years.