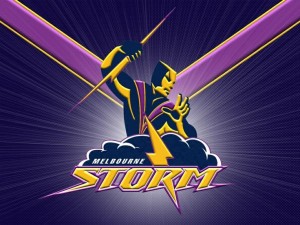 Casinos and sports leagues have a long history of co-marketing their products through affluent sponsorship contracts. Crown Resorts, owner of Victoria’s Crown Melbourne casino, has been a long-time supporter of the city’s National Rugby League team, Melbourne Storm. Thanks to diligent negotiations between both parties, that partnership will last at least until 2020.

Crown Resorts and Melbourne Storm officially extended their partnership last week, signing a new 5-year contract that will see the two cross-tying promotional campaigns from 2016 to 2020. The two have been working together for the last five years since signing the original agreement in 2010.

The terms of the deal will see the popular Australian gambling destination promoted widely throughout Melbourne Storm games, with team members exhibiting the Crown logo on their jerseys and throughout the stadium. In turn, as a ‘major partner’, Crown Resorts will provide substantial funding toward the Melbourne Storm.

Another aspect of the protracted partnership between the two will benefit members of Crown casinos, who will be eligible to receive ‘special experiences’, such as free tickets to NRL games via promotional packages.

Crown Resorts Chief Marketing Officer, Christopher Coyne, extolled the extension of his company’s contract with the NRL team. “Melbourne Storm and Crown Resorts will continue their journey together for another five years allowing a deeper partnership to grow and benefit the dedicated customers that enjoy the sport and entertainment provided by both companies,” said Coyne.

Melbourne Storm Chairman, Bart Campbell, offered similar sentiments towards the team’s lasting sponsor. “Crown Resorts are one of Australia’s most iconic entertainment brands, representing the best in class in all they do,” said Campbell. “It is a fantastic partnership that now forms a foundation of our future plans for success.”

The extension of Melbourne Storm’s marketing contract with Crown Resorts marks the long-standing sponsorship deal the team has ever entered into. It clearly indicates the Storm’s dedication to working with the Crown group, as well as the gaming company’s devotion to the sporting industry and the people of Melbourne.

One of Australia’s largest gambling enterprises, Crown Resorts is the operator of Crown Melbourne in Victoria, as well as Crown Perth in Western Australia. The company also owns significant holdings in other parts of the world.

Crown Casinos holds 50% ownership of UK casino Aspinalls, as well as the Betfair Group, a global internet gambling giant and the world’s largest online betting exchange with operations based in London, England.

The company also has its hands in casino operations throughout Macau and the US states of Nevada and Pennsylvania.

Melbourne Storm was the city’s first professional rugby team, joining the NRL in 1998 after initially becoming a Super League team in 1997. From their home stadium at AAMI Park, the team has “stormed” its way to two premierships over the years, the first in 1999, just one year after inception, and the second in 2012.

On an interesting side note, the Melbourne Storm carry a distinct rivalry with the Brisbane Broncos, which has a ‘premier’ sponsorship contract with another major gambling company, William Hill.