Every month, Microgaming promises to deliver a fresh release of online casino games, and the menu always includes new slots. April will be no different as the world’s leading internet gaming systems developer announcing the launch of 3 new slots, entitled Rabbit in the Hat, Ariana Slot and Big Chef.

Players of Microgaming online casinos can enjoy all of the new slots at over 100 internet gaming websites. April’s releases bring with them the art of illusion, the mysteries of the deep blue sea, and a whimsical culinary delight. 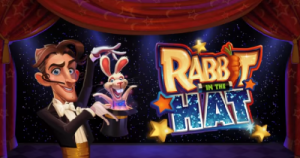 We’ve all seen magicians pull a rabbit out of their hat, but in this quirky new online slot game, players can pull a lot of coins out along with those cuddly critters. Rabbit in the Hat features 5 reels and 9 paylines.

While playing, one of 4 special hats can land at random on the 5th reel, and when it does, magical things begin to happen. The hat will jump to the top of the 5th reel for the upcoming spin, then the 4th reel for the next spin, and so on down the line until it finishes at the 1st reel. During those spins, if a Wild symbol appears on the reel the hat is hovering over, special prizes are awarded based on the type of hat.

A Cash Hat will deliver a random cash prize. A Wild Hat will award three more wild symbols randomly scattered across the reels. A Free Spins Hat will grant the player 10 free spins. Finally, a Mystery Hat will randomly award any one of the previous three prizes.

During free spins, five hats will appear, one above each reel and rotating down the line, right to left, with a new hat landing on the 5th reel with each spin. Suffice to say, landing Wilds during a free spin phase can become extremely profitable! Free spins can be re-triggered up to 50x and deliver a max payout of 90,000 coins. 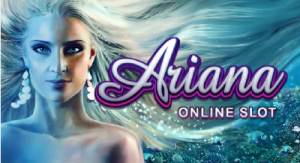 Microgaming invites slots lovers to join the “heroine of the high seas”, Ariana, in a deep sea adventure, where crystalline imagery and tranquil sound effects combine with mysterious underwater treasures. Ariana Slot feature 5 reels and 25 paylines, with expanding symbols that can appear on the 1st reel.

At random, all three symbols on the first reel will be the same. When this happens, any matching symbol on the rest of the reel will expand as well from top to bottom, creating huge payout potential.

The Starfish is the Scatter, and awards 15 free spins when three or more starfish appear anywhere on the reels. During free spins, the first three reels can be expanding Wilds (the new slots Ariana logo), and with a little luck, they can expand across the entire screen to release the max 30,000 coin payout. 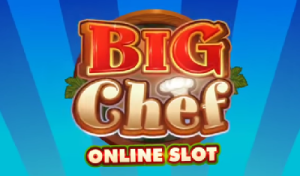 Microgaming calls this their “most delicious game yet!” Big Chef features 5 reels, 15 paylines and classic French cuisine – with a musical score to match. It comes with Scatters, Wilds, Free Spins and a brand new feature.

If three or more Scatter Menus appear, the player is awarded 8 free spins with Rising Wilds. Wilds will start at the bottom and work their way up with each new spin to help produce some very delectable rewards.

Microgaming introduced a new feature in Big Chef that we can expect more new slots to come with in the future. It’s called the Base Game Free Spin. When a Free Spin symbol appears on the 5th reel, a free spin is instantly awarded with Rising Wilds.