With a population of just over 500,000, residents of the island state of Tasmania aren’t gambling nearly as much as they used to. According to the recently published results of a study, a downgraded economy and the ease of access to online pokies has resulted in a 10% drop in gamblers, and a 27% decline in gambling spend, yet the rate of problem gambling persists.

This was the third such study commissioned by the state in regards to the economic impact of gambling in the region. In April of last year, the Tasmanian Department of Treasury and Finance commissioned the gambling study by ACIL Allen Consulting, Australia’s largest independently owned consultancy firm in their field, which encompasses economic, public policy and public affairs management.

ACIL Allen Consulting worked closely with the Problem Gambling Research Treatment Centre and Social Research Centre to conduct a survey and research the results of gambling activities in Tasmania throughout 2013.

According to the results of the study, only 61% of adult Tasmanian’s gambled in 2013, representing a 10% decline from previous results established in 2008. Across the same period of time, the amount of money being spent on gambling by Tasmanian’s has dropped 27% to $310 million.

In its assessment of the results, ACIL Allen Consulting concluded that several factors could be playing a major role in the reduction of gamblers and gambling spend in the region. The state’s poor economy was a primary suspect, as well as the ease of access to online pokies.

Tasmania does not calculate the amount of money spent by those who gamble over the internet. Therefore, wagers on online pokies could be significant enough to make up for at least a sizable portion of the 27% decline in expenditures.

No Change in number of Problem Gamblers 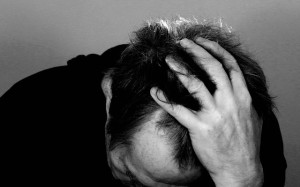 The research report also indicated that, despite a decrease in overall gamblers and wagers, the number of problem gamblers has seen no notable change. The results of the survey showed that 2.4% of all adults in Tasmania fall into the category of ‘high-risk’ gamblers. That figure nearly mirrors the results of a similar study conducted in 2011.

The report revealed that the state’s problem gamblers lost an average of $5,300 each in 2013, with the majority of those wagers places as pari-mutuel bets (horse and dog racing) and on pokies. Collectively, high-risk gambling accounted for roughly $60 million, or about 20%, of the annual gambling spend in Tasmania.

MP Andrew Wilkie, an independent federal member for Denison, was displeased with the results, to put it mildly. He said that reading the report was a depressing experience. His conclusion was that eradicating the elevated number of problem gamblers in Tasmania could only be accomplished by reducing the maximum bet on poker machines from $5 to $1.

It wouldn’t be the first time a $1 bet limit bill was introduced in Tasmania, but with heavy opposition from local hotels, the chances of it passing would be just as slim. The maximum bet was already reduced from $10 to $5, effective statewide in 2013. And even if such a bill were to pass, chances are it would only drive more Tasmanians to make the transition to online pokies.