A few year ago, you could walk into a corner pub in the south-east Queensland urban centre of Ipswich on any given weekend and find a line of patrons waiting for bar service. But that’s no longer the case. According to a multitude of recent pub closures and “for sale” notices, food and poker machines are what visitors really want these days, not beer.

In the last few months, 6 of the town’s 11 major pubs have either shuttered their doors and windows, or listed their properties on the commercial real estate market. At the rate things are going, the people of Ipswich may be looking at a very dry season to come. 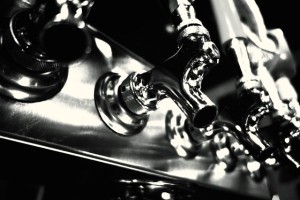 Citizens of Ipswich have looked on as the City View, Prince of Wales and Stumps hotels, all located on Brisbane Street, closed down their businesses in recent months. Cocktails nightclub, also situated on Brisbane Street, is up for sale. CBD Tavern on East Street (and its adjoining building, currently leased to 99Bikes) is still open for business, but is also on the market, listed as a development property.

Murphy’s Town Pub at Union Place is shut down as well, but only temporarily while renovations are performed. Under new ownership of council-owned Ipswich City Properties, the popular pub and poker machine operator is expected to reopen sometime in the first half of 2015.

That leaves the town of Ipswich with just 6 locations to drain their fill of beer, but the owners of CBD Tavern, Coronation Hotel, Metropole Hotel, One Mile Hotel, Squealing Pig and Ulster (all of which are located along Brisbane Street except for CBD Tavern) say the consumption of alcohol is no longer a factor in attracting the masses.

Nikki Watts is the Manager of CBD Tavern, and she says the sales records are on par with recent years, and that revenue generation has little to do with the property’s ‘for sale’ status. However, she also said that beer purchases are on a heavy decline. The majority of the establishment’s revenue is coming in from food purchases and players of the pub’s 27 poker machines.

“I’ve been doing this for 20 years and going back when I first started it was four, five deep at the bar, Thursday, Friday and Saturday and now you’ve got no-one. The gaming is going strong and the food is going strong,” said Watts, “but they just don’t seem to be drinking. It’s not what it was four years ago.

Asked why she thought other pubs weren’t fairing so well, Watts replied, “Because the other venues didn’t have the gambling side and the food side… The pokies keep us alive. Without them, we’d be closed as well I think.”

Mitch Spurrier, owner of Metropole Hotel, agreed with Ms. Watts’ summation. He said it’s not just the food and poker machines that are bringing in patrons for him, but a heavy focus on nighttime entertainment to attract the younger crowd. An upstairs nightclub, Club Metro, maintains a regular schedule of DJs and live music sessions.

“It’s not easy in Ipswich and I think the more that close down the harder it gets,” said Spurrier. “We spend a fortune on entertainment upstairs. We’re trying to bring the Valley to Ipswich. Our quality of entertainment is on par with Brisbane.”

Peter Johnston, owner of Ulster, says times are “very difficult”, but being a family owned hotel with 80 years of history, “we just make it work.” He said the majority of their sales now come from food, as opposed to poker machines or alcoholic beverages. “The corner pub is sadly becoming a thing of the past,” reasoned Johnston. “It’s a shame because in Melbourne they’re going gangbusters, but the population is near them.”