The owners of Rosehill Gardens Racecourse in Western Sydney have immense plans for the future. They have proposed a $24 million upgrade to the facilities that would include a 4-star hotel, new pokies club, high-class restaurants, swimming pools and a new tower for residential and commercial retail outlets. Although they’ve already taken the first steps in the multi-million dollar upgrade, the entire plan is hinged on the government’s approval of a new light rail system between Parramatta and Sydney. 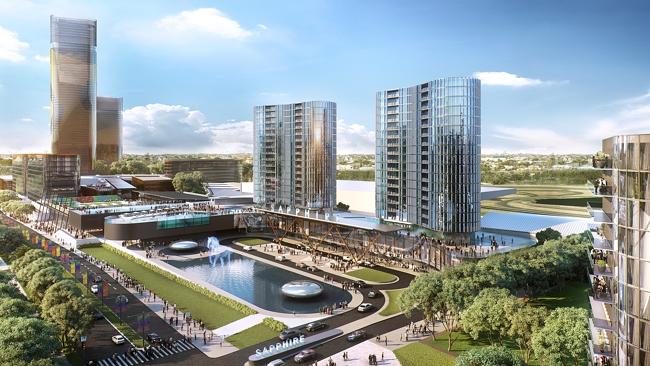 The proposed light rail system would link together Parramatta Stadium, Rosehill Gardens, Allphones Arena, ANZ Stadium and Sydney Olympic Park, creating what is being coined a virtual ’playground for grown-ups’.

Darren Pearce is the Chief Executive Officer for the Australian Turf Club (ATC), which operates Rosehill Gardens. He said that their plans would turn the inhospitable wastelands of Camellia’s industrial area along the Parramatta River into a hub for upscale opportunities in residential, business and leisure markets.

“Camellia is the eastern gateway to Parramatta,” said Pearce, “but unfortunately, it’s an eyesore at the moment.”

Based on his comments to The Daily Telegraph, the ATC wants to install a new pokies club at Rosehill Gardens, which would require licensing from NSW to operate poker machines, while potentially expanding the facility’s membership base by leaps and bounds. Pearce said, “Our focus is creating a seven-day a week lifestyle and event destination that introduces more people to Rosehill Gardens and more people to racing.

“The people of Western Sydney are discerning,” Pearce told John Lehmann of The Daily Telegraph. “They want quality entertainment and hospitality.”

The Chief Executive went on to describe ATC’s tentative timeline for the overall project, saying that if the light rail system is approved, it’s erection and the upgrades to Rosehill Gardens could be completed in anywhere from 5 to 10 years.

The ATC has already begun the first leg of the upgrades, which is said to include an enclosed betting ring and modernized enhancements to the grandstand. The events center at Rosehill Gardens is already equipped of accommodating 2,000 patrons.

The proposal comes at a most interesting time for Australia’s racing industry. Next month, the ATC and NSW Racing are hoping to establish The Champions at Royal Randwick Racecourse as world-class carnival event, esteemed enough to rival the Melbourne Cup Carnival. Affably known as “the race that stops a nation”, the Melbourne Cup, held annually at Victoria’s Flemington Raceway, is the most prestigious thoroughbred racing event in all of Australia.

Additionally, the heads of racing organizations in NSW are lobbying to have betting taxes lowered throughout the region. If NSW operators were required to pay a wagering tax more akin to that of Victoria’s operators, they estimate they would save $85 million per year that could be put back into the industry.

“If we can make Randwick and Rosehill Gardens the jewel in our crown and achieve tax parity,” envisioned Pearce, “there is no reason why Sydney racing couldn’t be the strongest in Australia and a leading light around the world.”