New Zealand has reported that half of all pokies clubs and pubs are found to be in noncompliance with operational law. As a result, the government is going to impose an increase of more than 2x the current fees to help offset the cost of regulatory investigations and enforcement. 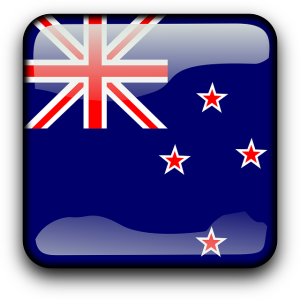 The government said that, due to so many pokies clubs and pubs failing to observe the laws of the country, there is more money being spent to regulate these activities than New Zealand is bringing in from the industry. The level of fraud and other deceptive behavior among operators has become so rampant that it’s hindering the government’s ability to regulate the industry.

The New Zealand Herald reports that complex investigations into illegal activity among pokies clubs and pubs has increased exponentially in the last three years. Further hindering matters, there’s been a steady decline in the number of pokies operated throughout the country. As a direct result of those conditions, the Department of Internal Affairs (DIA) has struggled to find the funds necessary to properly police pokies venues.

The only source of funding put towards the enforcement of gambling regulations in New Zealand comes directly from the fees collected from operators. As such, Peter Dunne, the Minister of Internal Affairs, has taken it upon himself to personally supervise the proposals and relative discussions concerning the fee increase. Reports indicate that pokies clubs and pubs will soon pay a 54% increase in fees.

The tax hike may seem exorbitant, until you look at the annual figures surrounding the issue. Last year, New Zealand spent $9 million more on investigations into fraud and other illegal activities at pokies clubs and pubs than the country raked in from gambling device operators.

The new fees were set at a high enough rate to cover the cost of regulating the industry, as well as paying back the resulting deficit a little at a time. The silver lining to that cloud lies in the fact that tax payers will not be responsible for making up the shortage.

While the number of New Zealand players per gambling device hasn’t changed much in the last 8 years, the number of available pokies has, and it’s having a remarkably negative effect on derivative income. In 2007, New Zealand pokies clubs and pubs operated a total of 20,120 gaming machines. At the end of 2014, that number had fallen 20% to 16,717. The end result is a near 20% decrease in revenue for regulators.

The country is almost finished wrapping up the largest (and surely most expensive) investigation in the history of its gambling sector, known as “Operation Chestnut”. The investigation dissected $30 million worth of gaming grants said to be ‘obtained by deceptive means’. Four men have been charged in the case.

One company, Bluegrass Holdings, had its license revoked when it was discovered that their start-up funding came from a triad of racing clubs, not the originally documented source of South Canterbury Racing. The DIA unearthed evidence that 80% of all grants authorized for to Bluegrass were improperly distributed, including a vast majority going to those same three racing clubs.