For nearly a year, it seemed like the Amaya Gaming Group had been putting the majority of their focus into its new ownership of internet poker sites PokerStars and Full Tilt. Now, with the new year upon us, Amaya has switched gears just enough to release two new online pokies titled, Wonder Woman Jackpots and Frogs n Flies.

Based out of Canada, Amaya Gaming has had a lot on its plate in recent months. Acquiring PokerStars’ parent company, Rational Group, for $4.9 billion, and then converting their brands’ software to meet new licensing requirements in the UK, was a huge job that took a great deal of time to accomplish. But now that the choppy waters of business are finally settling, it’s clear that world’s largest publicly traded gaming software company is getting back to basics.

Amaya has just released two new online pokies for its multitude of interactive casino licensees to integrate into their respective platforms. The first is called Wonder Woman Jackpots, based on the classic DC Comics heroine, and the second is a more endearing, cartoon-style online poker machine known as Frog n Flies. We’ll take a brief look at each of their qualities. 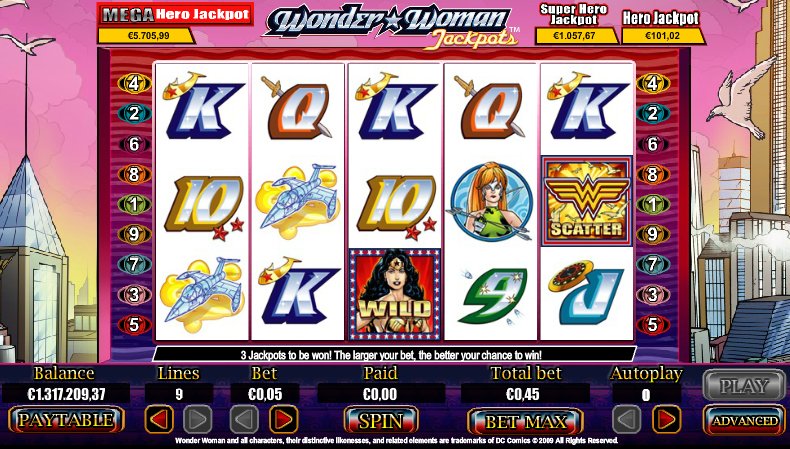 The slot features 5 reels and 9 paylines, with triple-tier progressive jackpots that includes the Hero Jackpot, Super Hero Jackpot and Mega Hero Jackpot. All jackpots are random, and can be unleashed at any time, whether a winning spin occurs or not. According to the paytable, the size of the bet determines how likely a jackpot is to be released.

The Wonder Woman icon is the Wild, substituting for all but Scatters and paying up to 4000x for 5 on a line. The winged Wonder Woman Emblem is the Scatter, and triggers 10 free spins when 3 or more appear anywhere on the reels. During free spins, all wins are tripled and free spins can be reactivated. 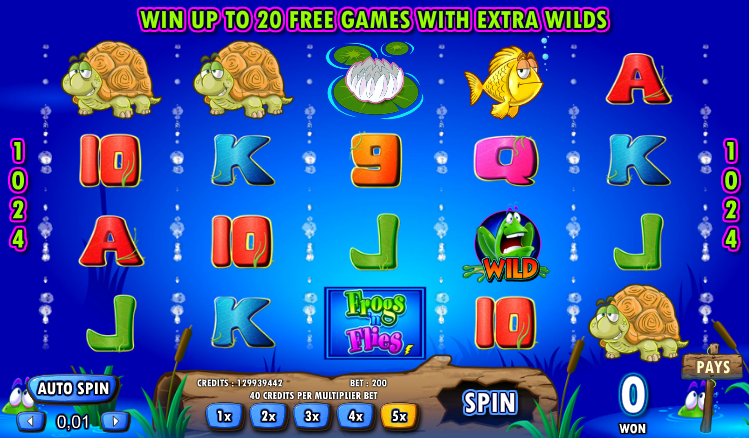 Symbols include fish, turtles, lily pads, Wild frogs and Scatter ‘Frogs n Flies’ icons, plus playing card icons 9-A. The Wild frog appears on lines 2 and 4 only, substituting for all but Scatters. Landing 3, 4 or 5 Scatters is worth 5, 10 or 20 free spins respectively, and can be retriggered. Bonus Wild Flies appear on reels 2, 3 and 4 during free spins to amp up the payouts.